By US Daily Review, Source: Conehead/JullianLennon.

Conehead, in partnership with Julian Lennon/MFAR, are delighted to release “Guess It Was Me”, out now.  This is the follow-up from Julian Lennon to the sublime “Lookin’ 4 Luv” single – a track which found plenty of love from national and regional radio throughout the UK!  Both tracks feature on the current studio album “Everything Changes” which features twelve brand new original tracks.  This new radio edit, rework & remix of “Guess It Was Me” has been given an extra twist by Julian, just for the Radio/Single version.

Record Collector: “‘Everything Changes’ offers enough of Julian as his own man to be judged on its own merits.  The bottom line is that Julian Lennon’s new songs exist in a confident world of classily-crafted adult pop with smart lyrics and solid musical constructions” 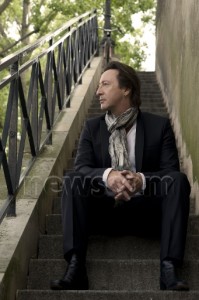 A reflective and beguiling track built around themes of self-examination and acceptance, bolted onto a soaring melody, “Guess It Was Me” has been heralded as a standout track on this well-received album.  The track has already attracted numerous spot plays nationally ahead of its selection as a single.  Julian Lennon’s phrasing and vocal are immediately recognizable, the lyrics concise and compelling.

Daily Express: “We’ve had to wait since 1998 for this but it’s certainly been worth it.  Lovely stuff.”

A polymath with many passions, in recent years Julian Lennon has been simultaneously devoting huge time and energies to his various interests and projects.  Exhibitions around the world are testament to his burgeoning photography career – the best known work is his ‘painterly’ landscape output, though he has also worked extensively with U2 and also exclusively shot images at the Monaco Royal Wedding.  His philanthropic interests have also been well to the fore with extensive charitable work with his White Feather Foundation.  The love of – and need to express himself through – music has, of course, been a constant.  Julian Lennon also performed at the recent Prince’s Trust Rock Gala.

Sunday Express: “His first album for 14 years is a revelation: mature, melodic.”

According to Conehead, “Guess It Was Me” is another quality song from the “Everything Changes” album; we’ve been waiting a long time for the return of Julian Lennon to the airwaves; it’s been worth it.