By the Job Creators Alliance, Special for USDR 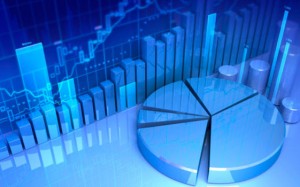 In the wake of a June jobs report showing almost no change in vital unemployment metrics, a co-founder of the Job Creators Alliance said six months of disappointing jobs reports should be enough to let Washington know their policies are not working – and it is time to scrap the new health care law entirely.

“An uptick in jobs is good news but it’s no reason for celebration when the overall employment landscape remains stagnant,” Las Vegas Sands president and chief operating officer Mike Leven said. “The unchanged unemployment and labor participation rates proved economic policies coming out of Washington are assuring sluggish economic growth. This not surprising, but it is also not acceptable.”

The US Department of Labor reported today that the unemployment rate remained unchanged at 7.6 percent. Employers added 195,000 jobs in June, beating pessimistic expectations for only 165,000 new jobs. The manufacturing sector, a vital measure of the wider economy, lost 6,000 positions last month. An upward revision of disappointing April and May numbers was the applause line for the June report. Still, the monthly study found one in three unemployed Americans have been out of work for at least 27 weeks.

When discouraged workers and part-time workers seeking full-time employment are included, unemployment rose to 14.3 percent from 13.8 percent in May.

“Those who say this report is a sign of solid improvement in the labor market are focused solely on the silver lining of this dark cloud,” said Leven, who also co-founded the Job Creators Alliance (JCA). “The unemployment rate has not improved and we still have the lowest percentage of Americans participating in the labor market since the Carter era.”

“The people who do the hiring in America have a word of advice for the cheering academics, economists, politicians, and bureaucrats who have never created a job: put the corks back in your champagne bottles, this is no time to celebrate,” Leven said. “Washington is doing almost nothing to encourage job growth. With the uncertainty of the Obamacare employer mandate now hanging over the business sector like the Sword of Damacles for an additional year, CEOs will now wait much longer to invest, expand and hire more workers.”

“Washington must replace the new and broken health care law with a system that works for employees, employers and the economy,” Leven said. “If the Obama Administration wants to jump start hiring in this listless economy, they should also cut taxes and regulations and pursue other pro-growth policies.”

Job Creators Alliance is the voice of real job creators that has been missing from the American debate on jobs and our economic crisis. JCA members talk about paychecks, not politics, helping the public and policymakers understand how to create jobs. For more information please visit www.JobCreatorsAlliance.org for more information.