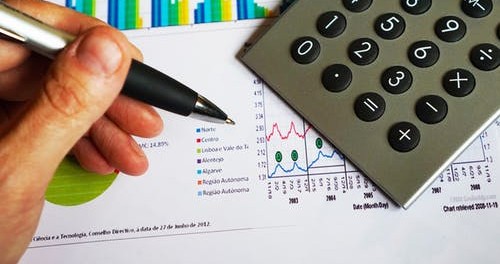 Kickstarter, a global crowdfunding campaign that raises funds by interacting with the public. It so far has launched 439,891 projects by April 19. The growth of crowdfunding has become a strong bastion of growth for small businesses and brave entrepreneurs – and this is shown by the importance of these crowdfunding campaigns. The online platform has revolutionised how money was funded for business ideas. Prior to the investment medium, one would need seek out an investor or a bank loan to secure the future of their business. The success of so many campaigns is only evidence to show how important the site is to the world of modern business. What is it that separates a good campaign from a bad one. As Betway have shown in their recent analysis, crowdfunding is a boom or bust world.

The most lucrative product on Kickstarter is without a doubt the Oculus Rift VR headset which changed how we see gaming technology. Although hardly a household name, it has revolutionised tech within the industry meaning developers can now work within new parameters. But having a good idea isn’t enough.

What separates a good idea from a great idea? On Kickstarter the deciding factor tends to be in the hype. In 2012, the Oculus Rift was so successful that it managed it raise $2.5m; that smashed their goal of $250k. While the company behind the tech did have backers, the crowd funding brought additional revenue alongside reassuring backers that there was an interest from the general public. Creating a buzz around their product produced a win – win situation where additional revenue was an insurance to the original backers, which in turn secured additional revenue.

Star citizen on the other hand, a game still yet to materialise, created a massive buzz in 2012. It secured 34,000 potential players that backed the game and the campaign. However, after all the excitement the game is still yet to materialise showing that crowdfunding can be a double-edged blade. That’s not to say that the game will not be released. The founder has pushed back the release date multiple times as he seeks to develop in game languages, a typical sight in high end fantasy – following the footsteps of Tolkien and Lucas.

Cards against humanity, for an extensive period, was the go to card game for friends looking to push the boundaries with the aim of creating strange, weird, yet funny combinations of cards. Much like its ancestor “Consequences”. In 2011, Exploding Kittens took up the mantle of the next exciting card game by intriguing social media platforms into engaging in silly games like posting pictures of themselves with cat ears on to receive special rewards. Investors in the game were able to engage with the tone of the game long before its release date. Exploding Kittens succeeded with $8.8 million raised by around 219,000 backers.

The infographics and some of the data was taken from an article originally found on Betway.