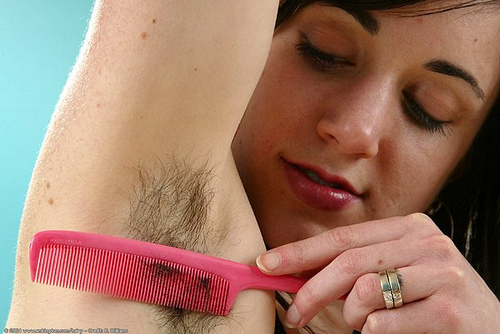 There is a war on women and liberals are waging it mercilessly. Of the 55 million babies that have been aborted since Roe v. Wade, roughly half are female. Thus 27,500,000 baby girls have been slaughtered in the liberal War on Women. (interestingly one of the places that keeps statistics is the Centers for Disease Control)

Since Obama has taken office the unemployment rate has increased and steadied out at about 8.3% as reported but many know the actual rate is roughly twice that. Of those a large percentage of the whole are women. The liberal War on Women continues with the Obama administration promising much of the same if re-elected. Children and women are always victimized in times of war.

Liberals have enslaved the Black community with its welfare programs and affirmative action fiascos not to mention the ever present racist liberal meme that Blacks simply cannot compete in a free market. The result is a 75% or more illegitimate birth rate in the poor Black community. Black women bear the brunt of this statistic shackled to a life of caring for their children through government charity, their children raised without fathers seeking acceptance in gangs and violence. 19 shot just the other day in Obama’s Chicago. The liberal War on Black Women continues unabated with the leadership of Harry Reid and Nancy Pelosi.

Education amongst the poor in America remains tragically ineffective. Liberal unions refuse to fire incompetent teachers. President Obama denies poor children school vouchers condemning them to a much lesser chance of having a decent education and a decent life. The mothers of these children suffer a lifetime of angst over whether their children; poorly educated and filled with hatred from race baiting liberals will turn to a life of crime or simply drown their sorrows in liquor and drugs. And the liberals refuse to admit the utter failure of their policies instead depending on ignorance to accept them blaming the rich for their own incompetent leadership. The liberal War on Women marches on.

The liberal War on Children enslaves women to the stereotype of the stupid and over-sexualized female who is incompetent to make moral choices or comprehend the sanctity of life. Many of these women spend their lives in regret and silently celebrate the ‘birthday’ of their aborted child. Liberals play the role of the abusive spouse, on the one hand promising to free them while enslaving them to government handouts and abortion on demand. They are told that a ‘no kill’ policy for humans is extreme, yet killing a child born of a botched abortion is compassionate. The liberal War on Women is cold to their emotional health and spiritual solace.

Liberals use the ‘rape exception’ as a hype-worthy tool to entice women to join their jihad against babies. They say that women should not be ‘punished’ with a child thereby demeaning the very thing that makes women so special to the world and to God, the bearing of children. Motherhood is ridiculed and discouraged. Only by being like men can women be fulfilled in the contorted and insane ‘logic’ of liberalism. Liberals tear at the very fabric of women’s uniqueness among humans, that loving and motherly aura that affects us all and brings humanity to our animalistic nature. All the while it is liberals who want to give rapists parole. It is liberals who argue for lighter sentences. It is liberals who set rapists free to rape again and again. ‘Put some ice on that dear’. The liberal War on Women is brutal.

Only a liberal can take the beautiful and blessed sanctity of marriage and turn it into a prison of submission. Once again the woman’s role as mother and caretaker of the home is impugned and ridiculed with vitriol by ‘structural feminists’ and angry lesbians. Liberals seek to destroy the family as we have known it for thousands of years under the false flag of marriage equality for homosexuals. The entire purpose of marriage is to contract the man to his role as father, leaving women unburdened with the prospect of an over-loaded life of raising her child while also being solely responsible for security and prosperity. Liberals seek to destroy this contract; in its place they offer the murder of their child as a solution to women who ‘want it all’. The liberal War on Women is fraught with deceit about where happiness lies.