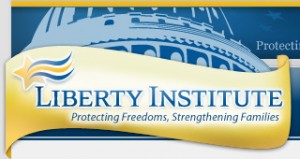 Recently the Liberty Institute submitted a letter of support to the City of Oklahoma City, which is being threatened by the ACLU for its decision to lease or purchase a portion of the Putnam City Baptist Church to establish a Metropolitan Area Projects (“MAPS”) 3 senior wellness center. Liberty Institute attorneys reviewed the matter and concluded that the City’s plans comply with constitutional standards.

The City’s purpose is to provide state-of-the-art senior health and wellness centers that will encourage a healthy lifestyle and serve as a gathering place for active seniors. The administration and operation of the senior wellness center will be conducted by the non-profit organization Health Living, Inc. (“Healthy Living”).

“We commend Oklahoma City for undertaking initiatives such as MAPS3 that will improve the well-being of its seniors,” said Liberty Institute Attorney Michael Berry. “After reviewing relevant facts of the case, we concluded that the ACLU’s concerns are either moot or unfounded. The mere fact that the City endeavors to lease or purchase a portion of the Church’s property does not create an Establishment Clause violation under the First Amendment to the United State Constitution,” Berry said.

To the contrary, Liberty Institute warned that a local government commits viewpoint discrimination by opening its public spaces for civic, cultural or educational purposes, yet prohibiting access for “religious purposes.”

“Not only should the City proceed with its plan to use the Church for the senior wellness center, it must be careful to avoid acting against the Church on the basis of religion,” Berry added.