By Pixel and Verse Films, Special for US Daily Review.

On his nationally syndicated radio show today, Rush Limbaugh praised the just-released film Hating Breitbart and urged his millions of listeners to see it.

” Andrew Breitbart is always going to be close to my heart because he became a conservative, in part, because of me. His father in law was the comedian Orson Bean .  He saw [Bean] had a copy of my first book and [Breitbart] said ‘I can’t believe you have a book by this guy!’

“Bean suggested he take the book and that started him on his journey to being a conservative.” 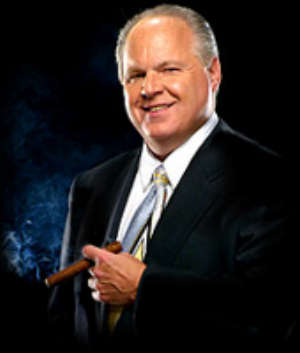 HATING BREITBART, a film that explores the life and impact of the late media guru Andrew Breitbart, a loved, loathed, and passionate media whistleblower opened today in select cities and is available on DVD and video on demand.

“We wanted to capture Andrew as he was: loud and passionate when he saw hypocrisy in the mainstream media,” noted director Andrew Marcus . “But we also wanted to make sure that all Americans can see what a fascinating man he was and why his messages of media corruption and the rising tide of citizen journalism are even more important today than when he passed away.”

The film chronicles Breitbart, the man, through some of his biggest media battles as he exposed the corporate media’s unwillingness to cover certain stories. The film’s director and camera crew were allowed exclusive access to follow Breitbart during the final two years of his life; filming wrapped shortly before his sudden and unexpected death. The provocateur who ignited the Acorn scandal and brought down a Congressman- Anthony Weiner – Hating Breitbart catches it all.