Profoundly hard of hearing since two years old, Lou Ferrigno revealed last night on The Celebrity Apprentice that he recently underwent a surgical procedure to restore his hearing, with the Esteem Device, manufactured by Envoy Medical Corporation.  The device is a fully implantable prosthetic cochlea stimulator, designed to do just that.  It has no microphones or speakers.  It is invisible.  Except that Lou knows it was implanted, he has no sense of it being in his body.  But he can hear.  And according to Lou Ferrigno, it “is a miracle.”  “Lou’s dream has always been to hear like everyone else,” said Carla, his wife of 32 years, who encouraged Lou to have the procedure.  Now, Lou says he has “natural hearing and can hear things he has never heard 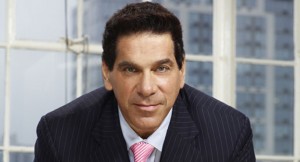 Ferrigno is Best known to Millions for Playing the Incredible Hulk

before or could have ever hoped to hear.”  Birds chirping, rain on his roof, his alarm clock in the morning (scares the heck out of him, he says laughing) the tiniest sounds of his fingers moving together, the refrigerator’s quiet motor, but most importantly, the ability to hear people in everyday conversation, even in a noisy environment, like a restaurant.  “Everything is so loud and so clear,” says the actor, who is still trying to figure out certain, never before heard sounds.  Ferrigno said he “can’t wait to get his second ear done,”

The device was implanted by Dr. Michael Murray of San Jose CA, who has performed hundreds of Esteem procedures and is booked through September.  Lou Ferrigno’s surgery was performed in Houston, Texas at Envoy Medical’s private (“decadent,” according to Murray) surgical center.  The entire procedure costs approximately $37,000 for the device and the surgery, and according to Ferrigno, “is worth a lot more.”

The device works by leveraging the natural anatomy of a person’s own body.  Sound enters the ear naturally.  The natural vibrations of the eardrum are sensed and sent to a microprocessor implanted under the skin behind the ear.  The vibrations are intensified and sent to the cochlea via the stapes.  The tiny remaining hair cells in the cochlea pick up the vibrations and send them to the brain where they are interpreted as sound.  The result, according to the successful recipients, including Lou Ferrigno, is beyond anything a hearing aid can offer.  Ferrigno is still amazed at how well it works.  “No more hearing aids for me,” Lou Ferrigno exclaims with a huge smile on his face. Tears fell from his eyes upon activation.  Ferrigno, dumbfounded, said “he was advised by his audiologist not to have the procedure.”  “Go Figure?” said Ferrigno.  Lou said he “hasn’t felt this good since he won the Mr. Universe competition.”

Envoy Medical CEO, Patrick Spearman, is quoted as saying, “Esteem®is a revolutionary breakthrough technology and will forever change the way sensorineural hearing loss is addressed and treated in the future,” and “that the ENT community believes it is the only practical method of medically treating the problem.”

The world renowned otologist (ENT) Dr. Michael Glasscock, is implanted in both ears, and spoke enthusiastically to the FDA panel during the approval process.