Data through April 2013, released today by S&P Dow Jones Indices for its S&P/Case-Shiller Home Price Indices, the leading measure of U.S. home prices, showed average home prices increased 11.6% and 12.1% for the 10- and 20-City Composites in the 12 months ending in April 2013. From March to April, the 10- and 20-City Composites rose 2.6% and 2.5%.  This rapid increase is contributing to fears of a new housing bubble.

All 20 cities and both Composites showed positive year-over-year returns for at least the fourth consecutive month. Atlanta,Dallas, Detroit and Minneapolis posted their highest annual gains since the start of their respective indices. On a monthly basis, all cities with the exception of Detroit posted positive change.

“The recovery is definitely broad based. The two Composites showed the largest year-over-year gains in seven years. Atlanta,Las Vegas, Phoenix and San Francisco posted year-over-year gains of over 20% in April. San Francisco was the highest at 23.9%. Phoenix posted 12 consecutive months of double-digit growth. Recent economic data on home sales and inventories confirm the housing recovery’s strength.

“Last week’s comments from the Fed and the resulting sharp increase in Treasury yields sparked fears that rising mortgage rates will damage the housing rebound. Home buyers have survived rising mortgage rates in the past, often by shifting from fixed rate to adjustable rate loans. In the housing boom, bust and recovery, banks’ credit quality standards were more important than the level of mortgage rates. The most recent Fed Senior Loan Officer Opinion Survey shows that some banks are easing credit restrictions. Given this, the recovery should continue.”

As of April 2013, average home prices across the United States are back to their early 2004 levels for both the 10-City and 20-City Composites. Measured from their June/July 2006 peaks, the peak-to-current decline for both Composites is approximately 26-27%. The recovery from the March 2012 lows is 13.1% and 13.6%, respectively.

For the month of April, 19 of the 20 cities showed positive returns; Detroit was the only MSA to remain flat. Compared to March 2013, thirteen cities showed improvement with Minneapolis showing the largest change with a gain of 2.9% compared to its March return of -1.1%. California is seeing impressive returns all around with gains ranging from 3.4% to 4.9%. Los Angeles,San Diego and San Francisco posted their highest gains since 2004, 1988 and 1987, respectively. Looking at the east coast,Miami showed its largest return, 2.4%, in seven and a half years.

All 20 cities showed increases over their levels from 12 months ago. Twelve MSAs – Atlanta, Detroit, Las Vegas, Los Angeles,Miami, Minneapolis, Phoenix, Portland, San Diego, San Francisco, Seattle and Tampa – continued to show double-digit annual gains. Out of these 12 MSAs, Phoenix and Tampa were the only cities to show year-over-year deceleration.

More than 26 years of history for these data series are available, and can be accessed in full by going towww.homeprice.spdji.com. Additional content on the housing market may also be found on S&P Dow Jones Indices’ housing blog: www.housingviews.com. 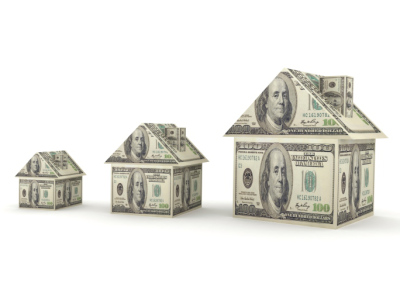 The table below summarizes the results for April 2013. The S&P/Case-Shiller Home Price Indices are revised for the 24 prior months, based on the receipt of additional source data.

Since its launch in early 2006, the S&P/Case-Shiller Home Price Indices have published, and the markets have followed and reported on, the non-seasonally adjusted data set used in the headline indices. For analytical purposes, S&P Dow Jones Indices publishes a seasonally adjusted data set covered in the headline indices, as well as for the 17 of 20 markets with tiered price indices and the five condo markets that are tracked.