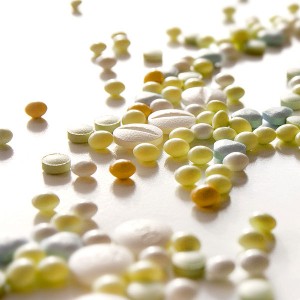 The Consumer Healthcare Products Association (CHPA) released the following statement today on a recent poll of Springfield, Mo., voters conducted by Magellan Strategies and supported by CHPA. The poll, which surveyed 1,046 Springfield voters between June 25th and 26th , found that a 62-percent-majority of Springfield residents oppose a proposed law that would require all consumers to obtain a doctor’s prescription before buying safe and effective cold and allergy medicines containing pseudoephedrine (PSE).

“The findings of the recent Springfield poll are consistent with what we’ve seen across Missouri and throughout the country,” saidCarlos Gutierrez, senior director of state government affairs for CHPA. “Law-abiding consumers oppose the prescription-only approach because it leads to significant economic burdens produced by unnecessary time off work and additional copays. Moreover, local prescription mandates are not an effective solution to address the state’s meth problem. Just look at the several localities that have already passed such laws, including Jefferson and Franklin counties, where the number of meth labs has increased.”

Currently, the Springfield City Council is considering legislation that would implement a prescription requirement for popular cold and allergy medicine containing pseudoephedrine within the city limits. The proposal has come under fire from residents and City Councilmembers alike who recognize it as a gross overreach of government power. Last week, Councilman Doug Burlisonproposed an amendment that would bring the issue to a vote of the people, citing the need to let law-abiding residents decide on such a contentious policy. The Council is set to vote on the bill and subsequent amendment on Monday, July 29th.

“Mandating a prescription requirement at the local level is not an effective solution to stop methamphetamine. In fact, Missouri law enforcement data from one Missouri county that has already imposed a prescription mandate shows an increase in labs.  Rather than pursue a policy that would burden responsible taxpayers, Springfield leaders should focus on balanced solutions that penalize criminals, not law-abiding consumers,” Gutierrez said.

Key findings from the poll (Courtesy of Magellan Strategies):