“preserve and protect for the benefit of present and future generations the nationally significant historic sites associated with the Historical Park.” 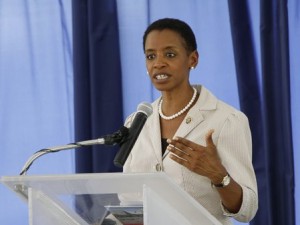 Apparently not content to confine their legislating to this planetoid, Reps. Edwards and Johnson have gone where no member of Congress has gone before. H.R. 2617 would “preserve and protect for the benefit of present and future generations the nationally significant historic sites associated with the Historical Park.” In addition, the bill would require the Secretary of the Interior to submit the lunar landing site to the United Nations Educational, Scientific, and Cultural Organization for designation as a World Heritage Site. The costs of the park are not known, but they would likely be out of this world.

While it is typical for members of Congress to imagine themselves with celestial powers, the legality of establishing a national park outside of the United States, let alone on Earth’s largest satellite, is unclear at best. And the notion of improving upon the moon’s natural preservation facilities, such as having no atmosphere, reveals a level of hubris that only government can deliver. Of course, member of Congress cannot resist mooning about ways to fix what isn’t broken. It is no surprise that Reps. Edward and Johnson, who respectively have lifetime ratings of 4 percent and 8 percent from the Council for Citizens Against Government Waste, are extending their extravagant expenditures far past Earth.

“If this park goes forward, there are many ways that Congress can shoot for the moon,” said CAGW President Tom Schatz. “First, the cafeteria must serve only green cheese. Second, all equipment must run solely on moonbeams. Finally, and most importantly, the park entrance must be protected at all times from illegal aliens. Since Reps. Edwards and Johnson are so enamored of the historical site, they should be designated as the permanent park rangers. After all, they are both strong proponents of using tax dollars to ‘create jobs.’ We promise not to complain about the astronomical cost of their travel, salaries, and living expenses.” 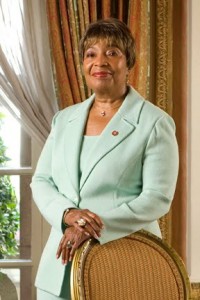 For straying so far from reality’s orbit, wasting the taxpayers’ money on the paper and ink on which H.R. 2617 is written, and engaging in sheer “lunarcy,” Reps. Donna Edwards and Eddie Bernice Johnson are CAGW’s July 2013 Porkers of the Month.