Mellon Capital Management Corporation, the San Francisco-based global multi-asset manager for BNY Mellon, has reduced its projection for U.S. economic growth during 2012 to 2.4 percent from its previous projection of 2.9 percent made in May.

Mellon Capital, in its recently published summer outlook, Outlooks and Insights, also reported that global economic activity appears to be returning to very slow growth, below two percent, having lost some of the upward momentum observed earlier in the year. 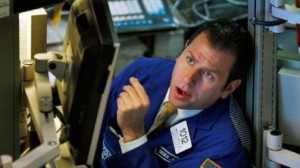 Mellon Capital continues to favor equities, based on its assessment of attractive valuations, particularly in light of forecasts of significant earnings growth in many large developed markets, the report said.  The report cautions that financial markets are likely to remain sensitive to unfolding developments in Europe.

“Among the major asset classes, we continue to favor equities, as they are attractive to us in both absolute terms and relative to fixed income,” said Vassilis Dagioglu, managing director and head of asset allocation portfolio management for Mellon Capital.  “In contrast, we find most fixed income securities provide relatively unattractive valuations and little compensation for even moderate inflation in the future.”

In the U.S., Mellon Capital said its models favor energy, industrials and information technology stocks over consumer staples and utilities.  In other developed markets, Mellon Capital said equity markets in the core euro area including Germany, France and the Netherlands appear to offer the best value compared to Asian equity markets.  The report also warned about the earnings quality of some Asian equities.

While Mellon Capital found bonds overall less attractive than equities, the report notes that there are pockets of fixed income opportunities such as German and U.K sovereign bonds and corporate and high-yield bonds in the U.S.  It believes Treasury Inflation Protected Securities (TIPS) are overvalued in absolute terms and versus spread sectors but fairly valued versus nominal Treasuries.

In its summer outlook, Mellon Capital reduced its inflation forecast target in the U.S. for 2012 to 2.5 percent from the 2.7 percent-forecast made in March.  In commodities, Mellon Capital said its model allocation is toward the lower end of its allowed range, as there is ample supply relative to demand and roll yields are negative.