By ALIPAC, Special for USDR.

Americans for Legal Immigration PAC, a political action committee dedicated to stopping and reversing illegal immigration and any form of Amnesty for illegal immigrants, is calling for GOP primary challengers for any Republicans in Washington who vote “Yes on Cloture” for the Obama backed Amnesty bill S. 744 that is currently scheduled for a vote this week.

“Republicans voting in support of Obama’s illegal alien Amnesty bill will pay a heavy price in the next elections!” said William Gheen, President of ALIPAC. “We want the senators to filibuster S. 744 and vote ‘No on Cloture’ because this bill will destroy America’s ability to ever secure our borders or enforce our immigration laws in the future! This bill will flood the United Stateswith tens of millions of future unstoppable illegal immigrants who will be backed and supported by the illegal aliens given Amnesty and eventual voting rights by S. 744!” 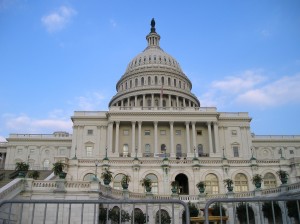 Senate Bill S. 744 is close to having the 60 yes votes on Cloture needed to avoid a filibuster due to the announced support from GOP Senators Marco Rubio, Kelly Ayotte, John McCain, Jeff Flake, Orrin Hatch, and Lindsey Graham, who are siding with Barack Obama and Harry Reid and most Democrats in support of the Amnesty bill.

ALIPAC believes that most Americans oppose the Amnesty for illegal immigrants contained in S. 744, that a super majority of Republicans oppose the measure, and that much greater numbers will rue the passage of the bill when the negative consequences for American workers, taxpayers, and voters quickly manifest after passage.

“Many more Americans are going to be killed by illegal aliens than the current thousands we are losing each year due to the current under-enforcement of our existing immigration and border laws,” said William Gheen. “The number of Americans who lose their jobs, communities, taxpayer and healthcare resources, and voting impact will rapidly increase. The promises of future immigration and border enforcement will quickly vanish if S. 744 passes!”