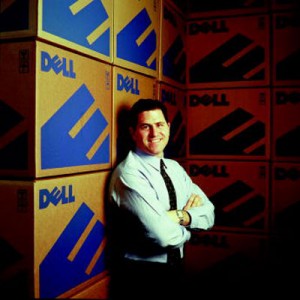 Michael Dell and Silver Lake Partners are responding to the negative reaction to their stock buyback deal, and released the following:

Under current provisions, shares that don’t vote are counted as votes against the transaction for purposes of determining whether a majority of the unaffiliated shares wish to accept our offer.  According to our latest tally, approximately 27% of the unaffiliated shares have not yet been voted.  The presumption that these shares should be treated as if they had voted against the transaction is patently unfair.

In our proposal to the Special Committee, we also left it open for them to decide whether to change the record date. We believe a change in the record date is essential as it would give shareholders time to process and vote on our new proposal.