Scott Walker of Wisconsin, Chris Christie of New Jersey, and John Kasich of Ohio are the GOP governors that typically get the headlines as hard hitting reforms, but Rick Snyder of Michigan is quietly making progress of his own in a state where change is very difficult to achieve, according to two influential business organizations.

The Michigan Business and Professional Association (MBPA) along with its sister association, The Michigan Food and Beverage Association (MFBA), said it applauds Gov. Rick Snyder’s “positive movement on key dashboard measures highlighted in last night’s State of the State Address.” 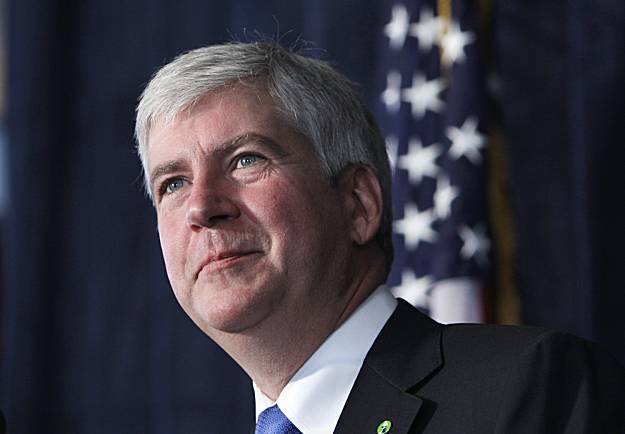 In addition, the Associations applauded Gov. Snyder’s encouragement to legislators to continue the work started in Senate Bill 693, which authorizes the establishment of the MIHealth Marketplace, a virtual medical insurance clearinghouse where individuals and small businesses can compare policies and premiums, and buy insurance on a competitive basis. Not enacting such legislation would, according to the groups, “force Michiganders into a federally mandated exchange program.” “It’s very important thatMichigan retains power over what happens with our own health care so we can better assist Michigan’s small business owners in providing health care to their employees,” said MBPA /MFBA President and CEO Jennifer Kluge.

“The personal property tax – the tax that businesses pay on equipment such as machinery, computers, and furniture –  poses significant costs and issues for companies both large and small,” said Kluge. “This tax is holding Michigan back from being competitive and creating jobs, so we were pleased that Governor Snyder addressed this issue and is encouraging lawmakers to begin work on long-needed reform. We hope that he is as successful in achieving reform as he was with the Michigan Business Tax.”

Throughout his remarks the governor, according to the groups, “highlighted several successful small businesses in the state and talked about the importance of entrepreneurship and creating a business friendly environment in Michigan.”

“Since so much of our economic health depends on the overall well-being of small businesses such as our members, we are pleased to know that the governor is committed to continuing his quest to make Michigan a great place to work, do business in, and live,” said Bonnie Bochniak, vice president of government relations for both Associations.

Looking at the state’s budget condition, the MBPA and MFBA applauded Gov. Snyder for his effective leadership and bipartisan negotiation efforts in Lansing that, together with an “improving economy and growth in the automotive sector,” led to a $460 million budget surplus for 2011.

“Everyone agrees that we have a long way to go toward getting Michigan to where it needs to be,” Kluge said, “But we’re now moving in the right direction, thanks to the leadership of Governor Snyder and his team. And we appreciate his emphasis on all of us being aggressive and positive as we move the economy forward. I wholeheartedly agree.”