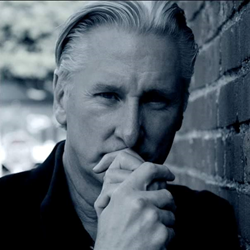 Calling the challenge to minority leaders “as bold as President Kennedy’s ‘moon-shot’ initiative”, prominent Hollywood media expert and author Michael Levine has challenged leaders of both the African-American and Hispanic communities to teach the advantages of capitalism to their communities and simultaneously teach the pit-falls of  socialism.

Levine, a prominent Hollywood media expert, author and political independent, created the idea in response to the Pew poll that states that among all voters, capitalism (a rough proxy for deregulated markets) is viewed favorably by a 50-40 margin and socialism (a rough proxy for interventionist government) negatively by  60-31.

However, the problems, according to Levine, lie in the views of black and Hispanic voters. Both groups hold more negative than positive views of capitalism: blacks 51-41, and Hispanics 55-32. Blacks hold a positive view of socialism, 55-36; Hispanics, by a modest 5 points, a negative view,  49-44.

Levine said, “That African-Americans and Hispanics living in America can support socialism in the early 21st century is depressing,” and added, “It is the urgent responsibility of leaders of these communities to both challenge and  instruct.”

”My challenge to leaders of both the African-American and Hispanic community is strong and direct,” said Levine. “By the year 2021, I ask leaders of their communities to ensure that a majority favor capitalism over socialism in five years or  less”.

Levine’s effort begins with his contacting twenty major leaders in both the African-American and Hispanic community with the direct  challenge.