The Missouri House of Representatives on Thursday of last week approved H.B. 1637, a bill that makes gold and silver coin issued by the federal government legal tender in the state. The “Missouri Sound Money Act,” as the applicable section of the legislation is known, gives the coins the legal status of money and removes taxes on their exchange with U.S. dollars. It also directs the state to accept the gold and silver coins based on their current market value for payment of debts. 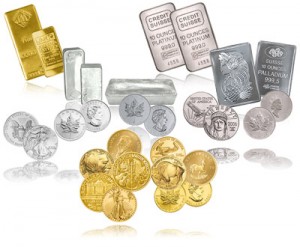 “Today, the citizens of Missouri are one step closer to having the value of their investments, savings and currency protected from inflation and manipulation by the Federal Reserve Board and the federal government,” announced Rich Danker, Economics Director of American Principles in Action.

The state of Utah passed a similar bill into law in 2011 and the South Carolina General Assembly is considering its own version this session. Article I Section 10 of the U.S. Constitution says that no state shall make “anything but gold and silver coin a tender in payment of debts.”

“This is great news for the cause of sound money, not just in Missouri but for other states seeking to use their constitutional authority to make gold and silver coins legal tender,” American Principles in Action’s Rich Danker said. “We congratulate the sponsor Rep. Paul Curtman and his colleagues in the House – now it’s time for the Missouri Senate to follow their lead on providing their citizens an inflation-proof alternative to the dollar.”

The Gold Standard 2012 Project is an initiative of American Principles in Action, which works to advance reform efforts that promote the gold standard.

Great business opportunities are alive in well in the US. Learn about the great one called Viz!