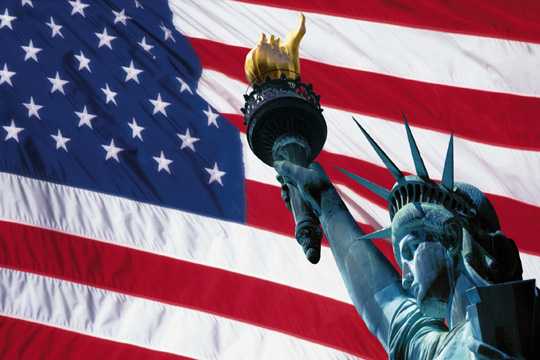 Mitt Romney, the GOP frontrunner, is garnering endorsements left and right. No longer the “presumptive” nominee, he is emerging at the head of pack and widening the lead daily. With this status comes the liberal machine gearing up to destroy him so their nominee, Barack Obama, will not be challenged. And what have they jumped on? Nothing of substance, that’s for sure. Their “war on women” fizzled and backfired” when they attacked Ann Romney. But before that, they tried Sandra Fluke testifying before Congress demanding that she, and other deadbeats, be given free contraception, as a right. All of this backfired on them, but let’s take a look at the latest attempt by the Obama Administration to marginalize voters who don’t agree with them and the GOP nominee, Mitt Romney.

Yesterday, a liberal commentator said that Mitt Romney’s “restoring America” meant he wanted to go back to when women and blacks couldn’t vote…no, I’m not kidding. Those are the words which came out of her mouth. This morning, I heard conservative commentators on FoxNews trying to figure out what Mitt Romney was talking about…I think they missed the mark too. So let me opine on the subject.

What America is Mitt Romney referring to when he talks about restoring her? Let us hearken back to a day when business thrived in America. When mom and pop stores and businesses were the life’s blood of America. And do you remember when businesses weren’t regulated into leaving the nation or bankruptcy? Let’s remember the days when everyone who wanted a job, had a job. And let’s recall when our national debt was below $2 trillion instead of topping $16 trillion. And do you remember when America enjoyed a top credit rating? Because we’ve suffered two credit downgrades under the administration of Barack Obama. And most of all, let’s remember a day when we weren’t saddling future generations with a debt they couldn’t pay.

And last, but in no way least, let’s remember when the Republic of the United States of America was a strong nation filled with hope for those willing to reach for it. A nation which commanded respect worldwide. And a nation which was growing and strengthening within the framework given us by the founding generation when they established America as a republic.

This, I believe, is the vision Mitt Romney has for America. And coincidentally, it is my vision as well. So whenever you hear someone trying to guess what Mitt Romney means by “restoring America,” show them this column. It should straighten them out pretty quickly.