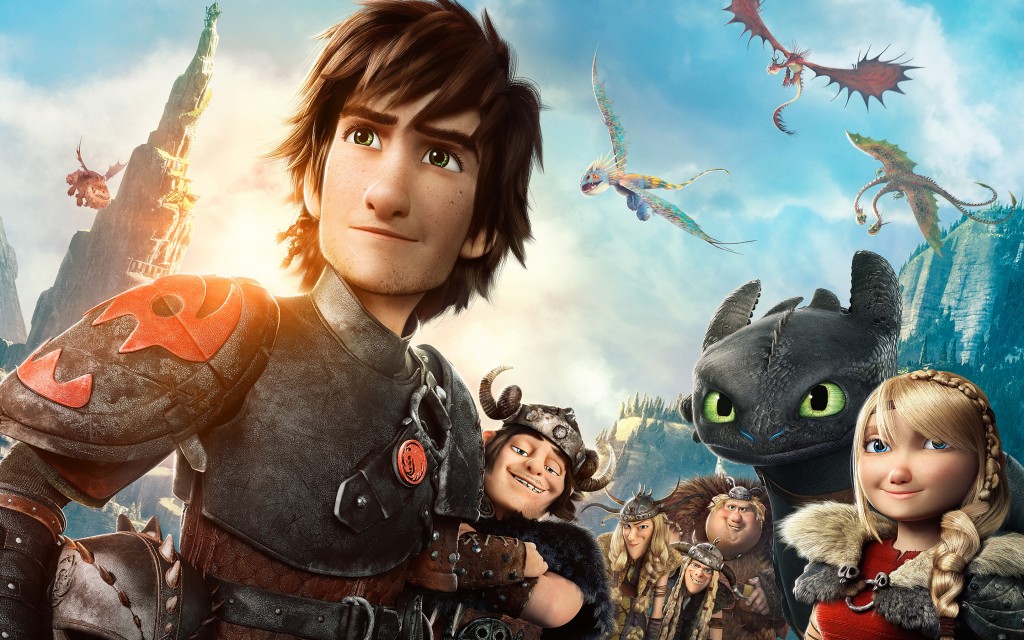 In our family, when a new animated film comes out, we call the nephew and nieces and see who wants to come with us to see the movie. How to Train Your Dragon 2 was eagerly anticipated by one and all and it did not disappoint.

Hiccup is older now and his father, Stoick, is anxious to turn the duties of Chieftain over to him. Hiccup isn’t quite sure about that because it is an immense amount of responsibility and he’s just not ready. He prefers to spend his time on the back of his dragon, Toothless, mapping out previously uncharted territory. The entire village has opened their arms and hearts to dragons, and our intrepid heroes spend most of their time in the skies. When Hiccup and Astrid find a village encased in ice, they find out their other dragon riders in the world and it is not a good thing. War comes to their village, and they fight it across the seas, with wonderful new discoveries and deadly new enemies. If peace can ever be found for their village again, Hiccup and friends must reach deep down for the necessary courage and fight like there is no tomorrow.

How to Train Your Dragon 2 is in the tradition of many of the great animated films, but with a solid story, brilliant animation, and strong directing. From 7 to 51, the movie kept us all enthralled. In fact, when it was over we were all disappointed. We wanted more, nonetheless it ended in a most satisfactory manner. How to Train Your Dragon 2 is definitely a film for the entire family. It is filled with action, romance, and stunning animated scenery and it receives 4 out of 5 stars.