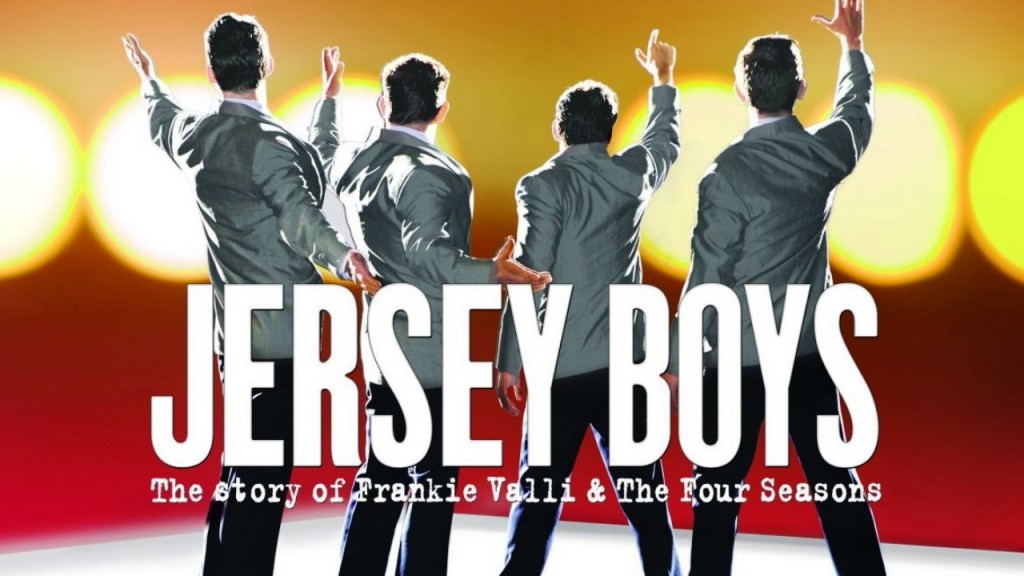 “They were just four guys from Jersey, until they sang their very first note. They had a sound nobody had ever heard… and the radio just couldn’t get enough of. But while their harmonies were perfect on stage, off stage it was a very different story — a story that has made them an international sensation all over again.” www.jerseyboysinfo.com

From award winning producer, Clint Eastwood, the Tony award winning musical Jersey Boys comes to the big screen. It is the story of Frankie Valli’s rise to fame, first as a part of The Four Seasons, and then as a solo act. The Four Seasons is comprised of Frankie Valli, Tommy DeVito, Nick DeVito, and Bob Gaudio. The music is, of course, out of this world with legendary hits such as Sherry, Big Girls Don’t Cry, Walk Like a Man, Can’t Take My Eyes Off of You, and December 1963 (Oh What a Night). The movie begins when Frankie Valli is 16 and still known by his birth name, Francesco Castelluccio.

The movie takes a long time in getting these four men together, and Gaudio is brought on board by no less than renowned actor, Joe Pesci. Through a series of events we learn that Valli and his buddies are deeply entwined with the mafia and Tommy DeVito has a money problem. Valli largely remained above the fray, but he did have a few moments when he was involved. However, throughout the course of the film he emerges as a man of integrity willing to take on another’s debt out of a deep loyalty.

The stunning music doesn’t make up for the exceedingly depressing story that is Frankie Valli’s life. I walked out of the film feeling so bad for the man, and really hoping that at some point he found love and peace, because he sure deserved it. I also hoped that he had something positive in his life besides the music, because it seemed he just attracted trouble through no fault of his own.

The movie was well-written, although too depressing as I’ve already mentioned, and well directed. The emergence of the hits and how they came into being was entertaining. But a number of people walked out of the film because the language went way beyond salty to downright foul. The final production number was a lot of fun, and was really the only upbeat part of the movie. All in all, Jersey Boys earns 3 out of 5 stars. Worth seeing, if you can ignore the language, but I don’t believe I’ll ever watch it again.