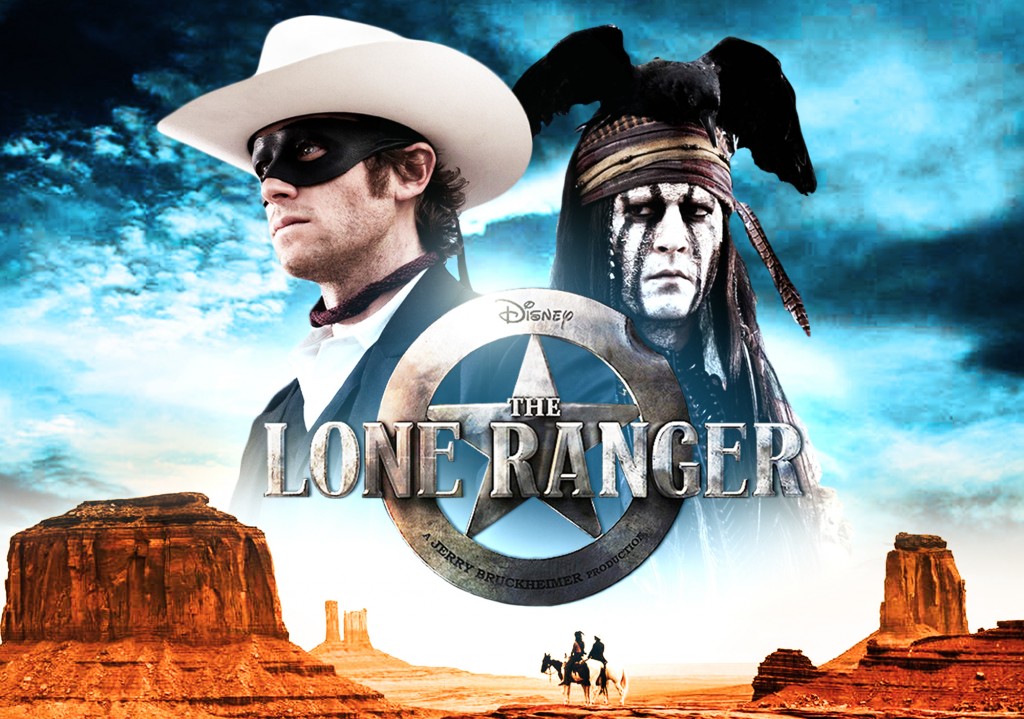 The Lone Ranger is a childhood hero of mine. I never missed an episode, ever. So when this movie about the Lone Ranger made it’s appearance I was really excited to see it. One hundred forty nine minutes later, not so much.

Some of the scenes were really too graphic both in content and picture for me to watch. Bad guy eating the heart of a Ranger. Another bad guy scalping someone he’d just shot. And it goes on and on. They tried entirely too hard to make it a good story and instead made it perfectly ridiculous.

In fact, it would seem Gore Verbinski set out to completely destroy the Lone Ranger so that no one could hold his character up as a hero again. Tonto, who had great dignity in the original Lone Ranger television series, is nothing more than a ridiculous nutjob in this latest rendition. And Armie Hammer, what can I say, except for the last ten minutes of the movie, he bore no resemblance to the Lone Ranger whatsoever, not in look, motivation, or action.

I walked out of the theater thinking I might give the film 1/2 star for cinemaphotography. Alvin argued that they at least deserve one star. I allowed that the acting had been great, as had the directing, although the storyline was boring, and horrible.

Here’s how it boils down. I don’t recommend children see this movie. In addition, it isn’t worth what a movie costs these days, in fact, I felt decidedly robbed. The Lone Ranger gets 2 out of 5 stars, and that’s being generous. This is a definite thumbs down.