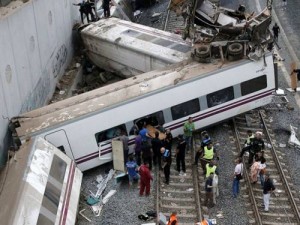 The National Safety Council was deeply disturbed to learn of the recent train wreck in Spain that killed 79 people. Reports indicate the train conductor was using his cell phone at the time of the wreck. While crashes often involve several factors – the conductor also was traveling at a very high rate of speed – we know using a cell phone while operating a vehicle is risky. The human brain is incapable of simultaneously processing two cognitively demanding tasks, such as talking with someone on a cell phone while operating a vehicle. This cognitive distraction increases a driver’s crash risk fourfold and is the reason hands-free devices do not offer a safety benefit.

We also know the train conductor could have exposed his employer, Spanish railroad company, Renfe, to liability because the conductor was talking on his cell phone to a coworker at the time of the crash. When employees are involved in cell phone-related crashes while operating within the scope of their employment, employers can be held legally responsible. Without strong laws prohibiting cell phone use while driving, drivers must self-regulate or be required by some kind of policy to drive cell free. Otherwise, drivers put their own safety and that of those around them in jeopardy, and drivers expose employers to an increased liability risk.

Safety-minded organizations intent on going beyond federal safety rules and regulations are implementing policies prohibiting employee cell phone use while driving. Policies are not just a risk-reduction safety effort. While organization-wide cell phone policies help ensure employees’ safety, they reduce employers’ liability risk. Employers understand employees are the organization’s greatest asset. Avoiding productivity losses and significant legal fees are critical and can be achieved with the help of a cell phone policy.

The U.S. Federal Railroad Administration understands the importance of cell phone policies. The FRA prohibits all electronic device use by train crews and others in safety-sensitive positions – a rule the agency implemented after a catastrophic crash inCalifornia involving a commuter train conductor who was using a cell phone. There are not exceptions for hands-free device use or personal emergency situations. The FRA warns that it can and will subpoena cell phone records which show the date, time and location of cell phone use if the agency feels it is necessary. The policy should serve as a template for other agencies.

A spokeswoman for the Spanish railroad system Renfe, which operates the train that crashed last week, told reporters that the company does not have a policy regarding employee cell phone use on the job. It is the Council’s hope Renfe examines how to implement one. Employers should not wait for cell phone distracted driving to impact their organization before taking appropriate actions.

Today, the Council estimates nearly 6 million people in the U.S. are covered by employer policies that prohibit the use of all cell phones while conducting any kind of company business, or while using a company vehicle or phone. This leadership from the business community is not unusual. Many companies had drunk driving policies long before states adopted the current drunk driving laws. Many companies today have policies and rules in their workplaces that exceed federal or state occupational safety and health laws. Employers take these actions because they know that in many cases, laws are minimum guidelines that do not adequately protect employees, the public, or businesses. Employers also know that merely educating their employees about risks does not often change behaviors.

The Council hopes this wreck serves as a catalyst for immediate and sustained action. Everyone deserves to be protected en route to their destination. Cell phone policies help do just that.