The nation’s eighth-graders have improved their performance in science and narrowed some racial/ethnic achievement gaps since 2009, according to the latest results from the National Assessment of Educational Progress (NAEP), also known as The Nation’s Report Card.

Scores reported in NAEP Science 2011 were higher than in 2009 for students across reported percentiles except those at the 90th percentile, which showed no significant change. The average eighth-grade score increased two points, from 150 in 2009 to 152 in 2011. Scores also rose among public school students in 16 of 47 states that participated in both 2009 and 2011, and no state showed a decline in science scores from 2009 to 2011. 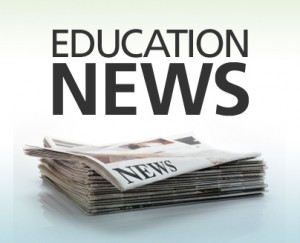 A five-point gain from 2009 to 2011 by Hispanic students was larger than the one-point gain for White students, an improvement that narrowed the score gap between those two groups. Black students scored three points higher in 2011 than in 2009, narrowing the achievement gap with White students. By contrast, the gender gap reflected in the 2009 science assessment remained essentially unchanged. Average scores for both girls and boys were higher in 2011 than in 2009; male students scored five points higher on average than female students in 2011.

“The gains are encouraging, but the racial and gender gaps show a cause for concern,” said David P. Driscoll, chair of the National Assessment Governing Board, which sets policy for NAEP. “In order to compete in globally competitive and expanding fields like technology and medicine, we must make sure we give our students the tools necessary to excel in an important subject area.”

The Board added NAEP Science 2011 to the usual four-year testing cycle so that comparisons could be made with the performance of U.S. students on the latest Trends in International Mathematics and Science Study (TIMSS). The last TIMSS, conducted in 2007, compared the science achievement of eighth-graders in 48 participating countries. Results from the 2011 TIMSS assessment will be compared with NAEP Science 2011 results in an upcoming study, slated for release later this year. The study will also include the results of the NAEP eighth-grade mathematics assessment, allowing states and the public to gauge student performance in both subjects in relation to other nations.

The 2011 science assessment was given to a representative sample of 122,000 eighth-graders in public, private, and other types of schools (i.e., Bureau of Indian Education schools and Department of Defense schools), and measured their knowledge and abilities in physical science, life science, and Earth and space sciences. The results are reported as average scores on a scale of 0 to 300 and also by three achievement levels: Basic, which denotes partial mastery of the knowledge and skills needed for proficient work; Proficient, which represents solid academic performance; and Advanced, which represents superior work. The percentages of students scoring at or above the Basic and Proficient levels were higher in 2011 than in 2009. In 2011, 65 percent of students performed at or above Basic; 32 percent performed at or above Proficient; and 2 percent performed at Advanced.

The accompanying photo is an example of a multiple-choice question in the field of Earth and space sciences that requires students to use science principles.

As part of the science assessment, students, teachers, and school administrators are asked questions that provide contextual information about students’ academic performance on the assessment. For the NAEP Science 2011 assessment, teachers were asked how frequently their students did hands-on science activities, for example. Students whose teachers reported that they performed such projects every day or almost every day scored higher on average than students who performed them less frequently.

“This year is the first year we have had all 50 states, the District of Columbia, and the Department of Defense schools participate in the science assessment. We commend them for recognizing that monitoring student achievement via this voluntary program is a key to delivering a world-class educational system,” said Driscoll. “And as we measure our national progress, we are establishing benchmarks that allow us to compare NAEP results internationally.”

NAEP, which is administered by the National Center for Education Statistics within the U.S. Department of Education, is the only continuing and nationally representative assessment of what students in the United States know and can do in certain subjects.