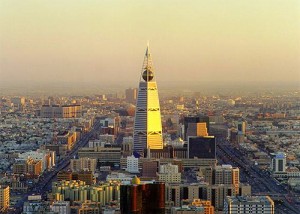 Political conservatives in the United States have been arguing energy independence is important for moral and not just economic (or even security) reasons.  A new television ad currently running on the Fox Business network raises awareness about the moral implications of where the US gets its energy.

EthicalOil.org is a grassroots advocacy organization that educates consumers about the choice between ethical oil from Canada’s oil sands and conflict oil from some of the world’s most repressive regimes, is now airing a television ad in the United States that the Kingdom of Saudi Arabia is actively trying to block in Canada.  Although the ad is designed to bolster Canadian energy sales, it makes an eloquent case for the US to become more energy dependent.

The 30 second television ad factually informs North Americans of Saudi Arabia’s horrific treatment of women and asks “why are we paying their bills and funding their oppression” through our annual purchase of 400 million barrels of Saudi oil.  The ad presents ethical oil from Canada’s oil sands as the alternative to Saudi conflict oil.

The ad is airing on Fox Business Network.

“The Saudi dictatorship is actively trying to block the airing of this ad in Canada through aggressive lawfare,” said Kathryn Marshall, spokesperson for EthicalOil.org.  “We are expanding this campaign to the United States to show Americans just how far the Saudi dictatorship is willing to go to keep North America dependent on Saudi oil imports.”

Four Canadian cabinet ministers, including the Minister of Foreign Affairs, have criticized Saudi Arabia for its attempt to censor Canadian free speech.  Despite repeated requests from EthicalOil.org and the Canadian media, neither the Kingdom norNorton Rose have explained their actions.

“Saudi Arabia’s response to the ad proves the ad’s point – this is a regime that neither understands nor respects the rights of women or freedom of speech,” said Marshall.  “The sooner America rids itself of its dependence on Saudi oil the better, particularly given the abundance of ethical oil next door in Canada.”

EthicalOil.org describes itself as “a grassroots advocacy organization that encourages people, businesses and governments to choose ethical oil from Canada, its oil sands and other liberal democracies. Unlike conflict oil from some of the world’s most politically oppressive and environmentally reckless regimes, ethical oil is the ‘fair trade’ choice in oil.”