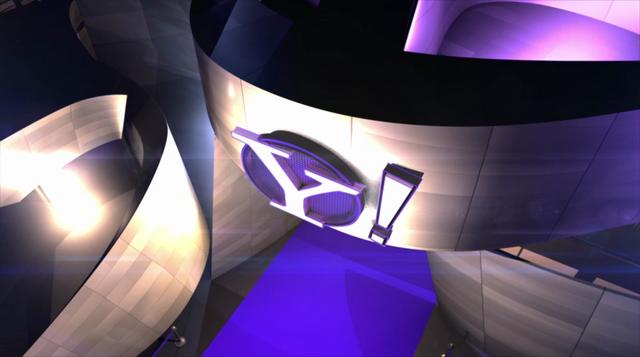 From Executive Producers Morgan Spurlock and John Stamos, LOSING IT WITH JOHN STAMOS takes a hilarious look back at celebrities’ first times. With the help of some artistic re-imagining, viewers learn that the entertainers we know and love lived the same awkward, embarrassing years we all did. The comedy series launches this week exclusively on Yahoo! Screen (http://screen.yahoo.com).

LOSING IT WITH JOHN STAMOS is also available via Yahoo’s new mobile video app. Search for ‘Yahoo Screen’ in the App Store.

Links to this month’s celebrities and their episodes:

About John Stamos
John Stamos is an Emmy® nominated actor and producer.  Television credits include “General Hospital,” ABC’s “Full House,” NBC’s Emmy Award-winning drama “ER.”  Stamos produced and starred in ABC’s comedy “Jake in Progress” and “Thieves” and appeared in the Emmy & Golden Globe nominated adaptation of “Raisin in the Sun” for ABC.  Other notable appearances include NBC’s “Law & Order: SVU,” HBO’s “Entourage” and a multi-episode arc on Fox’s hit series “Glee” and NBC’s “The New Normal.”  Stamos has had tremendous success on Broadway having performed opposite James Earl Jones in The Best Man.  He has also appeared in the Tony® Award-winning musicals Hairspray, Bye Bye Birdie, Nine and Cabaret.  Currently in development with Twentieth Century Fox, he will produce with Neil Meron & Craig Zadan a feature musical set to the music of the Beach Boys.  Additional producing credits include the Emmy nominated ABC miniseries “Beach Boys: An American Family” and the highly rated CBS telefilm “Martin & Lewis.”  Stamos has also displayed his musical talents over the past 25 years while touring with The Beach Boys.  Stamos is an advocate for Project Cuddle.  He serves as the non-profit’s National Spokesperson and Chairman of the Advisory Board, and has been a supporter of the charity for over eight years.  Stamos currently lives in Los Angeles where he recently received the honor of a star on the Hollywood Walk of Fame.

About Morgan Spurlock
Morgan Spurlock is a New York based writer, director and producer. His first film, Super Size Me, premiered at the Sundance Film Festival in 2004, winning Best Directing honors. The film went on to win the inaugural Writers Guild of America best documentary screenplay award as well as garner an Academy Award nomination for best feature documentary. Since then he has directed, produced and distributed multiple film and TV projects, including the critically acclaimed FX television series, “30 Days;” and the films Where in the World is Osama Bin Laden?; Confessions of a Superhero; Czech Dream; Chalk; The Future of Food; What Would Jesus Buy?; the WGA Award-winning and Emmy nominated “The Simpsons 20th Anniversary Special: In 3-D! On Ice!;” Freakonomics; POM Wonderful Presents: The Greatest Movie Ever Sold; Comic-Con: Episode IV – A Fan’s Hope, and Mansome. Morgan’s current television show Inside Man is airing on CNN.  And his latest feature film – One Direction: This Is Us, a 3D documentary following the world’s most successful boy-band, One Direction, opened as the number one box office film in the US on its opening weekend in September.

About Warrior Poets
Warrior Poets is a New York based production company founded in 2004 by Academy Award® nominated filmmaker Morgan Spurlock.  Since its creation, he and producing partner Jeremy Chilnick have produced multiple award winning films and television programs.  Films include Where in the World is Osama bin Laden?; Freakonomics; POM Wonderful Presents: The Greatest Movie Ever Sold; Comic-Con: Episode IV – A Fan’s Hope; and Mansome.  Television projects include the award-winning FX series 30 Days; ESPN’s The Dotted Line; Emmy and Writer’s Guild nominated The Simpsons 20th Anniversary Special: In 3D! On Ice!; Hulu’s A Day in the Life; Failure Club and Mansome on Yahoo!; Morgan Spurlock’s New Britannia for Sky Atlantic HD; and Inside Man for CNN. Warrior Poets latest film One Direction: This Is Us, a 3D documentary following the world’s most popular boy-band, One Direction, opened as the number one box office film in the US on its opening weekend in September.