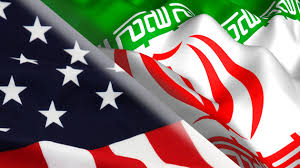 The following is being released by The Israel Project:

Americans across both political parties and all demographics overwhelmingly say Congress must approve any final agreement with Iran (69-25%), favor bipartisan Congressional legislation that would trigger new sanctions on Tehran, and want Iran’s nuclear capability fully eliminated – including by military strikes, if necessary – as preferable to leaving the Islamic Republic with the ability to develop nuclear weapons.

Voters also universally rejected administration efforts to keep its interim agreement with Iran secret, demanding the deal be made public 68-26 percent.  The national survey of 800 registered voters, conducted in the lead-up to the State of the Union by leading pollster Mark Mellman of The Mellman Group, highlights the unified, bipartisan attitudes of American voters on Iran and administration and Congressional policy toward Tehran.

The survey finds support for the Nuclear Weapon Free Iran Act by a more than 2-to-1 margin (63-28), with those who “strongly support” outnumbering those “strongly opposed” by nearly 3-to-1 (49-17), after being presented with both arguments.

Americans across all demographic and political segments express deep distrust of Iran (83-15%), say any final diplomatic agreement must require that Iran fully dismantle its enrichment capability (83-12%), be approved by Congress (69-25%), and do so before sanctions relief is granted (62-32%).

“This survey shows that all Americans – Democrats and Republicans, liberals and conservatives, men and women, young and old – do not trust Iran, want Congress to have a final say on any deal, and believe passing the Nuclear Weapon Free Iran Act will strengthen our diplomacy,” said Josh Block, CEO & President of The Israel Project. “And if sanctions and diplomacy fail to convince Iran to give up its nuclear capability, American voters clearly say they would support military strikes rather than leave the world’s top state sponsor of terrorism with the ability to develop the apocalyptic weapons that it seeks.”

“Americans are rightfully afraid that a nuclear-armed Iran could transfer nuclear weapons to terrorists and will have long-range nuclear-tipped missiles capable of reaching the United States by 2015.  Seeking a tougher approach and increased pressure on Tehran, the American people reject further reduction of sanctions before Iran fully dismantles its nuclear infrastructure.”