By Second Amendment Foundation, Special for US Daily Review.

Squandering an opportunity to redeem the Garden State for its long disparagement of the Second Amendment – and in particular, the right to carry – New Jersey’s newly appointed Attorney General has instead slapped gun owners in the face in the latest set of papers in a federal lawsuit brought by ANJRPC and the Second Amendment Foundation (SAF) to overturnNew Jersey’s unconstitutional handgun carry laws. 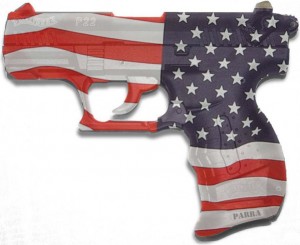 Gun owners had speculated that the resignation of the former Attorney General and the recent appointment of a new one by Governor Christie might signal a change in the state’s deeply flawed policy on guns.  Instead, the State’s June 28 filing in a federal appeals court reaffirms the State’s hostility toward the right of honest citizens to defend themselves with firearms outside the home – even though the police owe no duty to protect individual citizens.

“Evidently, the Attorney General’s office still doesn’t realize that New Jersey is part of the United States, not a police state,” said SAF founder and Executive Vice President Alan M. Gottlieb. “Constitutional rights do not evaporate when someone leaves the doorstep of his or her home, and that includes the right to bear arms. One doesn’t ‘need’ to justify the exercise of a civil right, which was made perfectly clear by the court in a very similar case in Maryland earlier this year. The Garden State attorney general doesn’t understand that simple principle now, but he will.”

“It is crystal clear that the State of New Jersey distrusts honest citizens with firearms and has no intention of ever respecting the right to defend yourself with one outside the home,” said ANJRPC President and Executive Director Scott Bach. “New Jersey will eventually be forced by a court to do more than just pay lip service to the Second Amendment, but rather to meaningfully recognize this basic freedom. We intend to bring this case to the U.S. Supreme Court if necessary,” said Bach.

The case was filed in late 2010 by ANJRPC, the Second Amendment Foundation, and several individual plaintiffs, challenging New Jersey’s unconstitutional “justifiable need” standard for issuance of handgun carry permits – a nearly impossible standard to meet that has all but eliminated the right to self-defense with a firearm in the Garden State.  Requiring a showing of “need” to exercise a fundamental right is unconstitutional.  The case is currently before the U.S. Third Circuit Court of Appeals, one step away from the U.S. Supreme Court.  A decision from the Third Circuit is anticipated by early next year.

The Second Amendment Foundation is (www.saf.org) the nation’s oldest and largest tax-exempt education, research, publishing and legal action group focusing on the Constitutional right and heritage to privately own and possess firearms.  Founded in 1974, The Foundation has grown to more than 650,000 members and supporters and conducts many programs designed to better inform the public about the consequences of gun control.