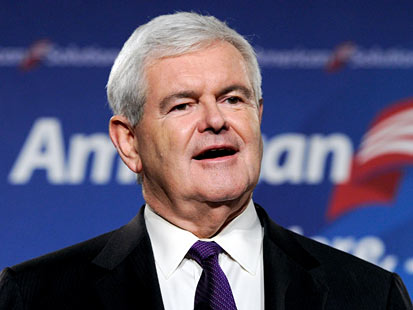 A new Atlanta-based PAC has been created to support the presidential bid of former Speaker of the House Newt Gingrich, Becky Burkett, president of Winning Our Future, announced today.

“We are motivated by the fact that Americans must make the right choice next November at the ballot box or this great nation will not be recognizable.  What is so exciting is that more and more Americans are beginning to realize that Newt Gingrich is the right choice and Barack Obama is the wrong choice.  And so, we are proud to be part of an effort to enhance the momentum he has created,” Ms. Burkett said.

“Mr. Gingrich shared President Reagan’s vision of America as a ‘Shining City upon a Hill’ and he worked with Reagan to make that vision a reality.  He led a revolution in 1994 to recapture that vision from the Clinton machine.  And, he is demonstrating at every debate and in every interview that he is again ready to lead us back to that vision,” Ms. Burkett added.

“When Newt was Speaker, we had a balanced budget and a shrinking of the welfare state.  And, we had a clear vision of what conservative principles mean for this nation.  We need all of that today more than ever.”

In spite of a recent surge, many questions linger about the future of Gingrich’s candidacy.  Although he has forcefully handled accusations about his personal life, there are plenty of reasons to believe that will be a lingering concern in the campaign. Furthermore Gingrich is known for being an unorthodox and unorganized leader and there are many who believe that such would be seen in his administration as well.

According to an organization statement, “Winning Our Future is based in Atlanta, Georgia and the PAC’s goals include spreading the message of why America needsNewt Gingrich in order to win our future.  The guiding principles will be those established by Newt in his new 21st Century Contract with America.  The PAC will work aggressively to counter the well- financed efforts of the opposition.”