According to the first MoneyShow.com/The Independent Agenda Investor Class Poll, Gov. Romney would get 76% of investors’ votes, vs. 24% for the president, if the election were held today. 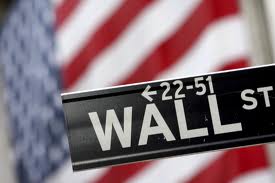 Gov. Romney also would win easily among this group if either Rep. Ron Paul or New York Mayor Michael Bloomberg ran independent campaigns for the presidency, the poll revealed.

The investors polled were divided about whom Gov. Romney should select as his vice-presidential running mate. Sen. Marco Rubio of Florida topped the list, supported by 30%, followed closely by Rep. Paul Ryan with 28% and New Jersey Gov. Chris Christie with 26%.

The poll, conducted from Monday, April 9th, through early Monday, April 16th, got 1,295 responses from MoneyShow.com users, a 95% confidence level with a 2.72% margin of error. Two dedicated emails were sent out to MoneyShow.com’s audience of 65,000 investors and traders, and additional promotions were done on the site.

This will be the first of three MoneyShow.com/The Independent Agenda Investor Class Political Polls to be conducted through the presidential election campaign.

According to a company statement, “MoneyShow.com is a free multimedia online community featuring commentary, videos, Webcasts, and blogs from the same experts who appear at MoneyShow live events, as well as other leading thinkers. It provides 24-hour access to powerful, profitable, and actionable advice; offers hundreds of hours of education designed for investors, traders, and financial advisors, and allows easy ways for investors and traders to tailor the information to their needs. Please visit www.MoneyShow.com.”

Sponsored: For the best in business news, watch Fox Business… the power to prosper!