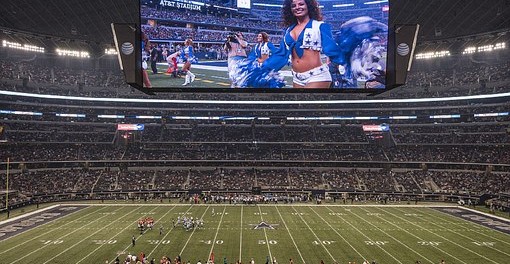 In a new statewide public policy poll conducted this month by Sacred Heart University’s Institute for Public Policy, close to 76 percent of respondents believe that President Trump should stop commenting about NFL player protests. While six of 10 respondents believe the player protests are disrespectful, almost the same number agree that the NFL players have the right to  protest.

More than half of the respondents believe the most important issue facing the NFL today is brain injuries (55.1 percent, compared to only 15.6 percent reporting that protests during the National Anthem is the most pressing). Other options include domestic violence, performance-enhancing drugs and on-field performance. Nearly all those surveyed (92.9 percent) were aware of the NFL player  protests.

The data came in response to one nationally focused question included on an otherwise Connecticut-specific poll examining budget concerns and quality-of-life issues in the State. In response to 55 questions about the economy and life in Connecticut, residents expressed significant anxiety over the State’s budget woes and the prospect of deep cuts to essential services in lieu of alternative tax revenue sources such as tolls on Connecticut’s highways and legalizing and taxing  marijuana.

Great Blue Research is conducting the polling on behalf of the SHU Institute for Public Policy. Future polls will survey quality-of life issues in Connecticut, gauge opinion on how the state can best address current policy challenges, how policy makers can create a more business-friendly climate and will address policies that cover affordability for all Connecticut residents. The poll will also measure confidence in local, state and federal  government.

A PDF file of complete polling results is available via email at http://www.sacredheart.edu/academics/collegeofartssciences/instituteforpublicpolicy.  The next SHU Public Policy Polling Institute poll will be conducted in December  2017.

How the Poll Was  Conducted
GreatBlue Research, on behalf of the Sacred Heart University Public Policy Polling Institute, completed 1,000 interviews with residents statewide between October 3 and October 12, 2017. The sample was generated proportional to population contribution throughout Connecticut. Statistically, a sample of 1,000 completed telephone interviews represents a margin for error of +/-3.02% at a 95% confidence  level.