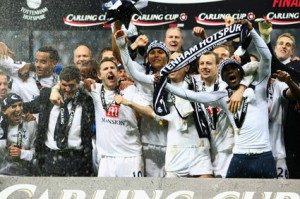 In the midst of incredible duress, British soccer fans are excited about the beginning of a new season. For some, however, the wait continues.

Having already cancelled the upcoming match between international rivals England and Holland, authorities have decided to postpone the English league season-opener between London club Tottenham Hotspur and northern competitors Everton. The recent riots in the British capital have lead police chiefs and government officials to believe that the conditions are simply too dangerous to continue with the game as planned.

Soccer is England’s everyman sport. Loyalties and rivalries span the nation, with hundreds of teams often being separated by mere city blocks. In the wake of such social disturbance, weekly matches should be outlets for the British faithful to adorn their colors, forget their working-week problems and assemble en masse, all in the name of their favorite eleven.  Unfortunately for the fans of these two teams, no such Saturday exists.

The recent NFL lock-out has had football fans across America on a knife-edge. Having finally reached an agreement, the league has sidestepped what would have surely been an enormous national reaction, loss of economy, and widespread anger.

What does the London lockdown mean for local optimism? Immense criticism has already befallen the authorities’ handling of the social-media organized violence and the lack of decisive police response. A nation under scrutiny looks to its resident heroes for relief. When a government frustrates its public, distractions are vital. Sports are just as integral in British culture as they are here in the United States, and when The People cannot have their fun, they become restless.