U.S. Senator Ted Cruz (R-Texas) is never shy when it comes to expressing his opinion on the actions of government, so we were not at all surprise to see him release the following statement regarding yesterday’s vote to utilize the “nuclear option” for executive nominees: 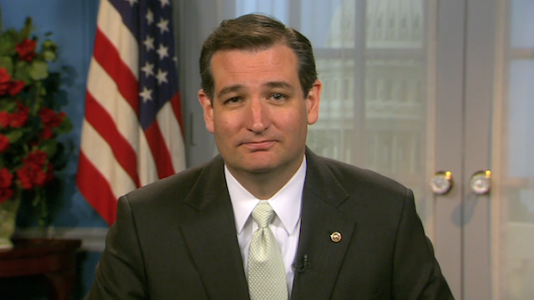 “Today’s unfortunate vote damaged the Senate and was designed to try to change the topic from the millions of Americans losing their jobs and their healthcare because of Obamacare. Just like President Obama promised, ‘if you like your plan, you can keep it,’ so too Harry Reid repeatedly promised he would not use the ‘nuclear option’ to change the Senate rules. Both, sadly, ignored their promises and broke their word. And, in yet another partisan abuse of power, the Democrats are now shamelessly working to pack the DC Circuit, so that President Obama’s lawless disregard of our statutes and Constitution will not be held to account by an impartial judiciary.”

There are several different views on the Democrat’s timing.  After all, the Senate had negotiated terms on dealing with appointees in the last few months.  Many argue that the primary purpose, as far as timing, was to distract voters from the issue of Obamacare.