By the Hispanic Leadership Network, Special for US Daily Review.

President Obama is welcoming Mariela Castro Espin, the daughter of Cuban dictator Raul Castro and well-known communist, to visit the U.S. With this action, the Obama Administration has managed to offend both Americans and the international community. 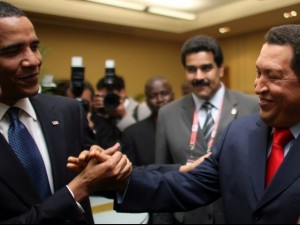 “The Obama Administration’s decision to grant a visa for Mariela Castro Espin sends the wrong message to pro-democracy activists in Cuba, many of them jailed, who are enduring the fight for universal human rights and freedom,” said Jennifer S. Korn, Executive Director of the Hispanic Leadership Network.

Elected officials from both sides of the aisle have condemned the White House’s decision, recognizing that the United States should always remain the beacon of hope and freedom to all. “Ultimately, this Administration has chosen to extend a visa to an individual who is part of the Castro tyranny,” stated Korn.

Meanwhile, countless Cuban dissidents, such as famed blogger Yoani Sanchez and economist Oscar Espinosa Chepe, are trapped at home while their visas are routinely denied by the Cuban government. Korn continued, “President Obama should remember his own words from just last year, that the United States needs to see ‘real change’ in Cuba before there can be normal relations between the two neighbors.”

Starting with President Reagan, the U.S. has regularly denied visas to Cuban delegations. Mariela Castro Espin is being allowed to visit and deliver remarks in San Francisco this Thursday, May 24th.

RESPONSE FROM OUR ELECTED OFFICIALS: