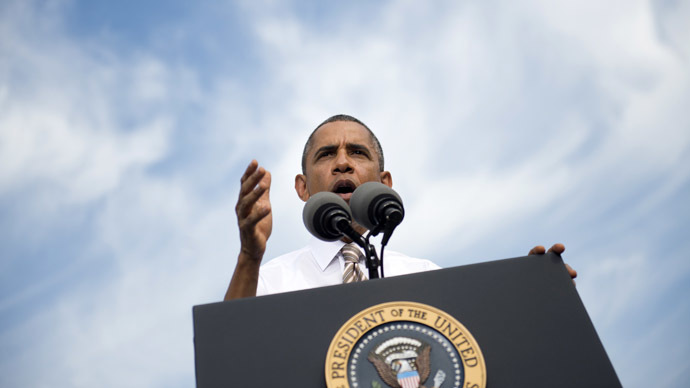 Yesterday, the president took to the pulpit to criticize Republicans in Congress for shutting down the government – and made anti-union remarks to make his case.

It's called a “strike,” Mr. President.

Did the President of the United States just say that grievances shouldn't be solved with strikes?

Labor unions already “shut down” plants when they want “something.”  In Chicago, teachers decided not to teach last year over salary and pension disagreements.

And, Obama knows what Republicans want. It's the dismantling, of Obamacare.  Yet, Republicans just want to delay it for now.  They've passed at least four CRs funding the government.  Democrats could've asked for two separate bills – one funding the government and the other funding Obamacare, but wanted everything in one bill due to the law's miserable approval ratings.

So, if the president knows what Republicans want, and workers already shut down establishments if they want something changed, what was the point of this anecdote?