“When it came to the critical issue of ObamaCare, Indiana voters knew where Richard Mourdock stood. 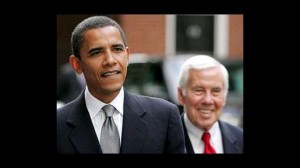 “Mourdock signed the ObamaCare Repeal Pledge. And because he signed the Pledge, the voters of Indiana knew that Mourdock would work tirelessly to see that ObamaCare is repealed, preventing any further harm that this dangerous government take-over of our private health care decisions will do if left to stand.

“The same cannot be said for Sen. Dick Lugar, who did not sign the Pledge. And tonight’s results show the power and importance of both the issue of ObamaCare and the Repeal Pledge.

“The message of this primary is clear: Mere words are not enough. Voters want action and accountability. And that’s what the Repeal Pledge provides. It is a way for voters to hold politicians accountable for taking the action that will be necessary to repeal the so-called Patient Protection and Affordable Care Act.

“We hope other candidates for office will take heed of what has happened in Indiana, and sign the ObamaCare Repeal Pledge today.”