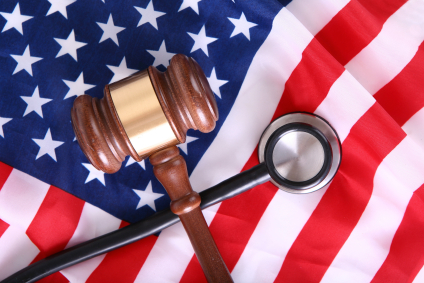 Kathy Kristof of CBS MoneyWatch describes experiencing a 67 percent spike in her premiums, for a worse policy than she had before:

“The promise that you could keep your old policy, if you liked it, has proved illusory. My insurer, Kaiser Permanente, informed me in a glossy booklet that ‘At midnight on December 31, we will discontinue your current plan because it will not meet the requirements of the Affordable Care Act.’

“My premium, the letter added, would go from $209 a month to $348, a 66.5 percent increase that will cost $1,668 annually . . . the things that mattered to me – that I would be able to limit my out-of-pocket costs if I had a catastrophic ailment – got worse under my new Obamacare policy. My policy, which has always paid 100 percent of the cost of annual check-ups, had a $5,000 annual deductible for sick visits and hospital stays. Once I paid that $5,000, the plan would pay 100 percent of any additional cost. That protected me from economic devastation in the event of a catastrophic illness, such as cancer.

“Kaiser’s Obamacare policy has a $4,500 deductible, but then covers only 40 percent of medical costs for office visits, hospital stays and drugs. Out-of-pocket expenses aren’t capped until the policyholder pays $6,350 annually.”

Meanwhile, some wealthy early retirees have figured out how to qualify for Obamacare subsidies at taxpayer expense.  They do this by living on tax-free income and deferring their receipt of taxable income-an option not available to people who have to work for a living.  As the commenter Alan Lovchik noted last week:

“Hey you RICH early retirees who are not on Medicare yet and are buying your own medical insurance!! The Affordable Care Act of 2010 (Obamacare) will give you TOTALLY FREE insurance coverage.  You must be rich enough to take advantage, so the poor and middle class are probably left out of this wonderful opportunity. The only criteria for eligibility for thousands of dollars of Obamacare health insurance subsidies is TAXABLE income in 2014 and later.  So just accept minimal TAXABLE income from your pension, (suspend your SSA for a while if necessary) and use Roth IRA money or cash savings, or loans to live on until you are eligible for Medicare.

“In my case, I am taking out an equity loan on my paid-off house to use for living expenses for the next 4 years, so I will have minimal taxable annual income (around $27K from a pension) and little other taxable income. Doing this in 2014 will allow me to be eligible for around $5,363 of Obamacare health insurance subsidy and the plan I am electing from my state insurance exchange is going to cost me $5,372.  My total medical insurance expense under Obamacare for the year will be $9!!!”

Obamacare also contains massive marriage penalties and weird income cliffs for benefits that discourage some people from working.  Those work disincentives have been estimated to reduce employment in the U.S. by about 800,000 people.

The Congressional Budget Office, which allowed supporters of Obamacare to hide its costs through gimmicks and dodges, admitted in 2010 “that Obamacare includes work disincentives likely to shrink the amount of labor used in the economy.” For example, it effectively creates a 35,618 percent marginal tax rate for one hypothetical 62-year-old whose income rises by $22, by triggering the sudden loss of $7,836 in government tax credits.