Century International Arms is one of the country’s largest importers of highly-collectible, historical firearms.  It is also one of the largest employers in Franklin County, providing its employees and numerous vendors with high-quality manufacturing jobs.

Century had been planning on a large importation of vintage WWII, M1 Garand Rifles from the South Korean government.  All the normal approvals were in place to obtain the import permits for this sale from ATF.  Century had invested considerable
funds in seeking the approvals and financing for this transaction.  It was expected that this nearly 30 million dollar transaction would have provided a reliable revenue stream to Century even during the general downturn in firearms demand in 2014. Additionally,
the sales proceeds were going to be used by the South Korean government to purchase modern firearms for their defense forces.

Unfortunately and unexpectedly, The White House intervened at the last minute and blocked this importation.  This importation was denied despite our explaining that the denial would harm the company and pointing out that there is no rational, gun-control reason to block the importation of these historic, 70-year-old firearms.

As a consequence of this denial, there has been a reduction in work and Century has had to make the difficult decision to layoff 41 Vermont employees.  Nevertheless, Century has modernized production in several key operations areas, developed new products, and intensified our sales efforts in various markets. We fully expect that the industry-wide downturn in demand from government, law enforcement and
consumer customers will rebound in the coming months. When that rebound happens, Century will be well poised to take advantage of these future growth opportunities and expand our workforce.

In a statement Century said it “is grateful for the support it has received so far from Senator Leahy and Governor Shumlin.  And Century is still hopeful that the White House will reconsider its decision on the Korea sale and allow this important transaction to proceed, which would have a direct, positive impact on Century’s employees, Vermonters, and America’s gun collecting community.” 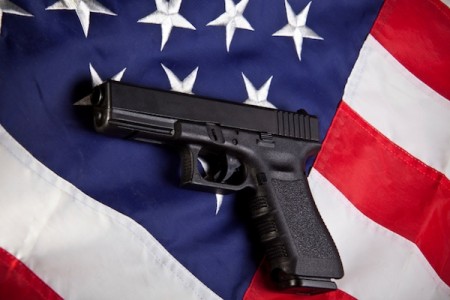