Louis C.K. has a great rant from his appearance on Conan O’Brien’s show “Everything’s Amazing and Nobody’s Happy, ” where he marvels at technological advances and our lack of appreciation for modern miracles of innovation.  From planes to cell phones and everything in between, our lives would be unrecognizable to people living a century ago.  That got me thinking, and I started digging around to find out what life was like in 1911, and I learned some amazing things.

*   Women could vote in only a handful of states

*  The brassiere had not yet been invented

*  The zipper had not yet been invented

*  The US population was around 92 million

*  1 in a thousand marriages ended in divorce

*  No one paid federal income tax

*  There was no Federal Reserve Bank

*  There was no air conditioning or refrigeration

*  People died from pneumonia more than any other cause

*  Children worked in all sorts of industries

That last one struck me hardest.  Look at the pictures.  My twelve-year-old goes to school, hangs out with friends, eats well, knows technology and has an abundance of leisure time.  A hundred years ago, she would be working out of necessity, unable to obtain an education and carrying very adult responsibilities.  Garment factories, canneries, glassworks, mines – children worked everywhere.  And if you look at when legislation was passed (and how long it took) to regulate hours and wages of child workers, the bulk of the legislation was passed during the Great Depression, when plenty of adults were out of work.

I hadn’t thought about child labor, reform efforts, origins of trade unions or anything like that in quite a while.  After all, Upton Sinclair’s The Jungle was school reading, years ago, and the union news these days is of teachers’ unions or grocery store workers, and the occasional professional sports players.  But I picked up Ken Follett’s Fall of Giants, a tale set in Europe in the early twentieth century, and it made me do some online searching. 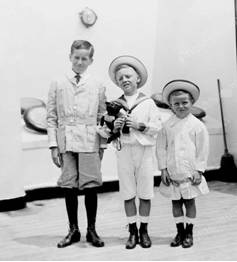 In the book, characters are scattered throughout the countries of Europe; mine workers in Wales, factory workers in St. Petersburg, privileged lords in England, diplomats in Germany, politicians in America.  As it opens, the characters are hurtling towards the World War; some are attempting to prevent it, others to hasten it, still others too consumed with survival to see it coming.  As compelling as that theme was, I found myself drawn again and again to the stories of the miners and factory workers, and I wondered how much of it was truly representative of working conditions in that era.  I’m sure my twenty-first century American perspective is shocked precisely because so much has changed in this country in a hundred years.  It’s the same way I’m shocked at brutal tribal wars in Africa or escalating drug-related violence in Mexico; I have no frame of reference for it.

Since so many of the progressive policies and programs conservatives rail about were begun in that new century era, I thought it would be a good idea to go back and try to follow the trail: how did we get here from there?  In the next few weeks, I’ll report my findings, and hopefully learn something I didn’t know before.

As I mentioned in the list above, I did learn a few new things already.  I’m still reeling at the thought of a life without zippers and refrigeration; one in which my life expectancy was probably only another ten years.  But perhaps between bras and the Federal Reserve, some things were better not invented.

Felicia Cravens walked away from her accounting degree over a decade ago to become a stay-at-home mom.  Since then, she has filled her “spare time” teaching drama in an after-school program and working in conservative politics.  She founded the Houston Tea Party Society in 2009, serves as a frequent media contact, and trains and equips people new to the political process.  She can be found on Facebook and Google+, and on Twitter as @somethingfishie. She can also be found at LinkedIn.