A new CIBC (TSX: CM) (NYSE: CM) poll conducted by Harris/Decima reveals that almost one third (31 per cent) of Canadians between the ages of 45 and 64 don’t have a will. Of those Baby Boomers who do have a will, 44 per cent haven’t updated it in more than five years. 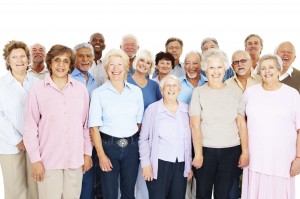 “Having a will is one of the most foundational elements in protecting your assets, and thus your family, should anything happen to you,” says Jamie Golombek, Managing Director, Tax and Estate Planning at CIBC Private Wealth Management. “A will is the most basic element of an estate plan that will ensure your assets are passed to your loved ones with minimal grief.”

He notes that while for some the word “estate” may evoke images of mansions with acres of gardens, dozens of rooms and a pool house, in reality, almost every adult has an estate, even if it’s not elaborate. “If you own investments, real estate, vehicles, or other personal effects, then you have an estate.”

Mr. Golombek says that, without a will a person gives the government the power to decide who gets their assets. “If you die intestate, meaning without a will, your estate will be administered in accordance with provincial law,” he says. “This issue will become increasingly important as the country’s Baby Boomers are entering their retirement years. Given the mass amount of wealth this group has, the fact that nearly one-third of Baby Boomers are without any kind of will means they will not control who inherits their assets.”

Mr. Golombek cites an example to illustrate the significant consequences of how one family would fare without an estate plan, despite owning a home and significant investments:

Bill and Susan are married and live in the province of Ontario, with their two children, Emily, age 18, and Tom, age 13. They have $1.1 million in assets, all held in Bill’s name.

If Bill were to die intestate, Susan would not be entitled to all of Bill’s assets. Under Ontario’s succession law, Susan would receive the first $200,000 of Bill’s estate – this is known as the preferential share, and the amount varies widely by province. The remaining $900,000 would be divided equally between Susan, and the two children, Emily and Tom.

This example does not take into account taxes and probate fees, which could further erode the inheritances. “Fortunately, many of these pitfalls are easy to avoid by preparing an estate plan,” advises Mr. Golombek, “Planning helps to ensure that your estate is passed along according to your wishes, and in a way that minimizes delays and costs.” CIBC Private Wealth Management’s latest report, Your Estate Matters! Common traps and how to avoid them outlines a number of ways an estate plan could have been structured to better protect Bill and his family.

However, he points out that family, succession and income tax laws are very complex and vary from province to province. “To make matters more complicated, the laws change frequently. Failing to understand and plan for applicable laws can have unintended consequences.”

For example, he notes that in some provinces, a new marriage can invalidate your will or certain bequests within it. “Given that 44 per cent of Canadians who have a will haven’t updated it in the last five years, the majority of Canadians may not be in control of who gets their assets when they die.”

Mr. Golombek recommends Canadians start the process of building an estate plan by having a discussion with their financial advisor. “Like other life stages, it is important to have the right financial plan to manage your assets upon death. In building you a plan, your financial advisor will help you identify where and when you need the services of other professionals like your lawyer and accountant. By getting proper advice you will greatly reduce the risks of mistakes that can cost you in taxes or fees.”

Percentage of Canadians, aged 45 to 64, who have a legal will:

Percentage of Canadians, aged 45 to 64, who have a legal will by region:

Percentage of Canadians, aged 45 to 64, responding to question when their will was last updated:

According to a company statement, “CIBC Private Wealth Management meets the unique needs of high net worth clients through a full range of integrated advisory capabilities and solutions, including exclusive private banking services, customized financial planning and investment advice, trust and estate solutions.”