“Congress doesn’t need a majority to pass a law,” says Jim Babka, President of DownsizeDC.org, Inc. “Congressman Tom Marino of Pennsylvania (R-10), has introduced a bill that could change that – our ‘One Subject at a Time Act’ (OSTA) in Congress (HR 2113).”

“Each bill Congress passes should be limited to one, clearly-stated topic,” Babka explains. “OSTA would end the practice of clustering unrelated measures into one package. Congressional leaders have long used this trick to pass unpopular laws on the backs of popular proposals. OSTA would end this fraud forever.”

“Every bill would have to stand or fall on its own merits,” declares Babka. 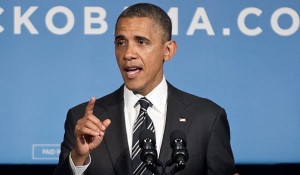 Congressman Marino told his constituents that Obamacare was a big motivation for introducing OSTA. “In order to garner enough votes to pass the law, a host of unrelated measures were tacked onto Obamacare,” says Marino.

“But multi-subject bills are an old bipartisan problem. DownsizeDC.org created OSTA in response to numerous omnibus bills passed when the Republicans controlled Congress. For instance, the massively unpopular Real ID Act was only passed because the Republican leadership included it in an Emergency Troop Appropriation bill. That bill also included tsunami relief! Another example is the ban on Internet poker. It was included in a Port Security bill,” says Babka.

Babka commends Representative Marino for his leadership and applauds the Williamsport Tea Party for their crucial support. In the last Congress, the bill garnered nine co-sponsors. “This time, the plan is to go further, even though more than half of our previous co-sponsors are no longer in office,” Babka concluded.