Media Trackers, a state-based conservative investigative watchdog, today released 12 opposition research notebooks that the Democratic Congressional Campaign Committee has assembled on top Republican candidates they are seeking to beat in November. The books have never been made public and were found thanks to an IT glitch on the DCCC’s web server that allowed Google searches for opposition research terms related to Republican candidates to pull the files up.

“This could be the single biggest political intelligence coup of the 2012 battle for Congress,” said Brian Sikma, communications director for Media Trackers. “The twelve files we are releasing today are not available on the DCCC website and the intended timing of their release – if at all – by Democrats is not known.” 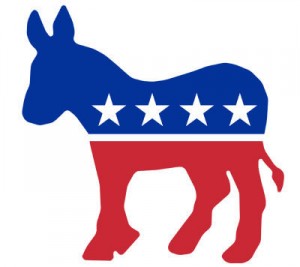 The targets of the research range from incumbents like Allen West (R-FL) and Dan Lungren (R-CA) to challengers like Janice Arnold-Jones in New Mexico.

“The books provide a treasure trove of information outlining likely lines of attack that Democratic candidates will use against Republicans in the Democrat’s ‘Drive to 25′ effort to retake the House,” Sikma said. “More important than the actual information though is that the DCCC’s server had an IT flaw that exposed sensitive files to Google. There is probably no way to know the extent of how many files – opposition research or otherwise – that have been compromised.”

A similar search for NRCC material on Democratic candidates turned up nothing, and the publicly available opposition research information on the NRCC’s website does not appear to be as extensive or thorough as that of the Democrats.

A full list of the 12 GOP candidates targeted by these internal research files is here, and all of the notebooks may be accessed at MediaTrackers.org.