It seems like yesterday that the vast majority of American women could not get enough of Oprah Winfrey.  However, after a little more than a year, her new television network is largely on life support and is continuously trying to reinvent itself in order to gain relevancy.  Apparently, her content is successful, only when it is easy to find and free.

According to a story in Reuters, she is trying to fix that problem: 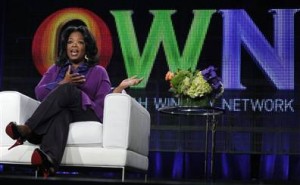 Media mogul Oprah Winfrey is expanding her online empire by teaming up with the Huffington Post for a section dedicated to the chat show host that will engage her audience, the Oprah Winfrey Network said on Wednesday.

The Huffington Post Oprah section will launch in August, and will curate content from Oprah.com, which features the motto “Live Your Best Life” and accompanies Winfrey’s OWN TV programming with videos, articles and advice on health, fashion and culture.

The section also will develop original content with Oprah.com, OWN and Huffington Post editors, and interactively engage with readers.

Winfrey, 58, the ‘Queen of Talk’ who revolutionized chat shows with her intimate, confessional couch format on “The Oprah Winfrey” Show that first aired in the 1980s, has seen her Oprah Winfrey Network struggle to connect to her TV audience with her mix of interviews and feel-good programs.

Earlier this year, the network laid off 30 staff members and canceled the heavily hyped Rosie O’Donnell talk show that failed to provide a ratings boost for the fledgling channel, drawing in an average of 180,000 daily viewers as of March.

Winfrey’s collaboration with Huffington Post will allow her to reach the news aggregator website’s 36.9 million monthly users, with the hope of recouping some of her key audience, women ages 25 to 54. Oprah currently is followed by 11.5 million users on Twitter and 7 million fans on Facebook.

Talk show hosts such as Katie Couric, Dr Phil, Bill Maher and Ricki Lake have contributed to Huffington Post’s blogosphere in the past while Ellen DeGeneres and Anderson Cooper have their own dedicated aggregator news pages. But this is the first time the site has collaborated with a host to develop a dedicated section.