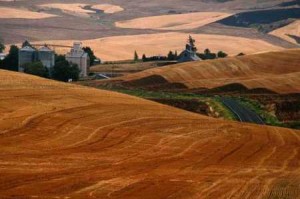 Nearly one in four American children attend rural schools and enrollment is growing at a faster rate in rural school districts than in all other places combined, according to Why Rural Matters 2011-12 a biennial report by the Rural School and Community Trust.   In addition, rural schools show increasing rates of poverty, diversity, and students with special needs. These widespread trends are most evident in the South, Southwest, and parts of Appalachia.

“As the evidence mounts that rural education is becoming a bigger and even more complex part of our national educational landscape, it is becoming impossible to ignore in the quest to improve achievement and narrow achievement gaps between advantaged and disadvantaged groups.  The day of closing our eyes and hoping rural education will just go away are ending,” said Jerry Johnson, a co-author of Why Rural Matters 2011-12.

Of those students attending schools in a rural district, two in five live in poverty, a rate that has increased by nearly a third in nine years.  One student in four in rural areas is a child of color, and one in eight has changed residence in the past 12 months.

The report uses 25 statistical indicators grouped into five “gauges” to take the measure of rural education in each of the 50 states.  The five gauges are then combined to produce a “rural education priority” gauge.  The higher the ranking, the more important and challenging rural education is in a state’s overall education system, and the more urgent it is for policy makers to pay attention to it.

The report notes that rural education ranks high in importance in many Northern states, including Iowa, Maine, Montana, North Dakota, and Vermont.  But these states tend to rank low on other measures such as student poverty, diversity, or poor student performance and low graduation rates.

“These states symbolize rural education to many people. They are the basis for a myth that all of rural America is uncomplicated, stable, and reasonably well-off. That myth is part of what keeps rural education on the margins of the national debate about education policy,” said Marty Strange, the policy director for the Rural School and Community Trust and co-author of the report. “But these classic Yankee and Prairie-Plains states are simply an important part of a much more varied, complex and challenging rural America that education policy makers must better understand,” said Strange.

The report found that states most responsive to rural schools have above average fiscal capacity.   For example, the report points out, of the 13 states with the lowest expenditures for rural teachers, all but Nebraska and South Dakota are below the national average in state fiscal capacity.  On the other hand, states with the highest rural teacher salaries are primarily in the Northeast, the West, and the Mid-Atlantic.   All these states are above the national average in state fiscal capacity per capita.

The Rural School and Community Trust is a national nonprofit organization addressing the crucial relationship between good schools and thriving communities. Our mission is to help rural schools and communities grow better together.   Working in some of the poorest, most challenging places, the Rural Trust involves young people in learning linked to their communities, improves the quality of teaching and school leadership, and advocates in a variety of ways for appropriate state and federal educational policies, including efforts to ensure equitable and adequate resources for rural schools.