The Commonwealth Foundation released results from its examination of Pennsylvania welfare fraud, waste and abuse that found many providers taking millions of tax dollars from programs designed to help the poor and using it instead for luxuries, amusement and personal gain. 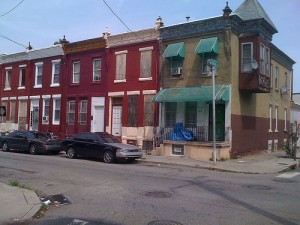 While some neighborhoods crumble, others cry all the way to the bank.

“Frivolity, frills and fraud have taken money and services from Pennsylvania’s neediest families, and robbed taxpayers of dollars and trust at a time when then can afford neither,” said Jay Ostrich, director of public affairs.  “Increasing transparency and decreasing barriers that prohibit swift discovery and dismantling of fraud, waste and abuse can end the injustice of getting rich off the poor.”

Analysts also found welfare spending in Pennsylvania has grown by 55 percent in just 10 years with taxpayers now spending $27 billion annually in state and federal dollars on programs.  For the first time in history, welfare is now the largest department in the state General Fund budget.

“A supportive safety net has now turned into a hammock of havoc with many of Pennsylvanian’s most needy forgotten as some just party it up at their expense” said Ostrich. “It’s unacceptable and key reforms can end these abuses.”

The Commonwealth Foundation recommends several reforms that will protect both the poor and taxpayers.  These include setting clear rates for provider payments to prevent confusion and eliminate the opportunity for wasteful spending, and passing recovery audit legislation to allow private contractors to audit providers and recoup funds from those cheating the system.