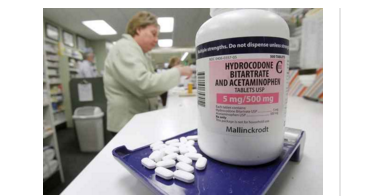 Today, it’s a well-known fact that prescription drug abuse is a public health crisis across the country. With politicians now jumping into the fight with their personal ideas on how best to tackle the issue, what was once invisible is now a front page headline with more and more Americans being personally touched by the loss of family and  friends.

In Pennsylvania, few took notice to the silent epidemic before deaths from prescription drug abuse started making the front pages of newspapers across the state.  And, in fact, there was no reason to believe opioids would create such a problem particularly when Purdue Pharma launched a campaign in 1996 informing patients and doctors that a new, safe drug was available to combat  pain.

But, there were some early warning signs and some did begin to take notice. Unfortunately, despite their best efforts at raising red flags, moving legislation was difficult if not impossible at the  time.

During the 2011-’12 legislative session, with 45 co-sponsors including prime sponsor Eugene DiGirolamo, Pennsylvania House Bill 1651 aimed to establish the “Pharmaceutical Accountability Monitoring System.” This would give physicians a tool to better understand if the person sitting in their exam room had legitimate pain or was doctor shopping.  Sadly, the bill never received a vote on the floor of the state house of  representatives.

“It was disappointing back then that no one would listen,” says Scott Shapiro MD, president of the Pennsylvania Medical Society.  “Members were coming to us and indicating that doctor shopping seemed to be increasing.  They suspected an increasing number of addictions.  We knew something had to be  done.”

With a new legislative session on the horizon, according to Dr. Shapiro, this time the medical society was determined to see legislation move and became considerably more  vocal.

“We knew that this silent epidemic was going to get worse before it got better, and we knew we had to be louder if we were going to be successful,” Dr. Shapiro says, explaining leadership at the Pennsylvania Medical Society directed staff to launch a campaign just prior to the 2012-’13 legislative session to push for a controlled substance  database.

“That’s how our ‘Pills for Ills, Not Thrills’ campaign got started,” he says. “It was a complete push using all of our communications and government affairs tools available – news releases, editorials, educational materials, and meetings with  legislators.”

How Did This Epidemic  Grow?

With stereotypes in mind, it’s a county that many would not think of being among the worst in the state. Its unemployment rate is near the average for Pennsylvania and the graduation rate of nearly all high schools is above the state average.  This rural county with 85 percent of its population being white wouldn’t seem to be a hotbed of drug  problems.

“Not too many people would think this is a rural health issue, but it happens here too,” says Bradley Levin, M.D., FACC, FACS, FASAM, DABAM, CMRO of York County Medical Society. He is a member of the York County Heroin Task  Force.

Illicit drugs like heroin and marijuana are most often present in drug-related overdose deaths, but opioids are part of the picture 33 percent of the  time.

According to York County Coroner Pam Gay, 2015 is likely to be similar to 2014 with its end of year statistics of 65 heroin-related deaths out of 95 drug deaths overall (with a few still pending). But Gay points out repeatedly that without Law Enforcement administering Naloxone in York County in 2015 (from April to December 2015), and the subsequent 99 saves that resulted, there would likely have been dozens more heroin-related deaths in York County in  2015.

So how did York County get to where it is at  today?

Dr. Levin says that this problem grew out of another issue – managing  pain.

In mid-February 2016, Modern Healthcare took a closer look at the root of the problem and traces it back to 1996 when Purdue Pharma began promoting a new drug to fight pain – OxyContin. Early on, the medication was billed as being safe because it would slowly release narcotic ingredients, making it unlikely to become  addictive.

“We were told that this new drug would be the answer to many issues related to pain, particularly since a year earlier pain became the fifth vital sign and the American Pain Society recommended it be added to the indicators that assess overall health,” says Dr.Levin mentioning there was even a time when physicians would be penalized for not prescribing  opioids.

But Dr. Levin adds that problems were  brewing.

Nearly 10 years later in 2007 Purdue would plead guilty in federal court to criminal charges that they misled regulators, doctors, and patients about the drug’s risk of addiction as well as its potential to be  abused.

“We know better today, but the beast was unleashed and as addictions grew so did doctor shopping and other illegal activities,” says Dr. Levin.  “Those seeking pills got really good at finding what they wanted and in some cases pushed the drug out onto the  street.”

Dr. Todd Fijewski, President of the Pennsylvania College of Emergency Physicians, has had a front-row seat in this growing epidemic. He’s seen his share of drug overdoses, infections secondary to drug use, and deaths. Addiction can affect anyone. It does not  discriminate.

“It’s pretty safe to say that if you work in emergency medicine, you’ve seen more than enough overdose victims,” says Dr. Fijewski. “It’s a problem that impacts so many different types of people, whether you live in rural or urban  settings.”

His organization too saw an urgent need for more tools to help physicians fight prescription drug abuse and like the Pennsylvania Medical Society was an active member of the choir calling for the state to pass legislation to give physicians access to a controlled substance  database.

He says, after the failure of HB 1651, clearly what was once a silent epidemic was becoming quite  visible.

“It was getting hard to ignore,” Dr. Fijewski says. “There was suddenly a greater awareness of the issue and the media made it clear that Pennsylvania lagged behind other states in passing prescription drug monitoring  legislation.”

Fortunately, the issue had more heroes stepping up in Harrisburg.  Rep. Matt Baker teamed up with Rep. DiGirolamo and others to push House Bill 1694 to a successful 191-7 vote in October  2013.

At about the same time, Sen. Pat Vance had Senate Bill 1180 introduced and moving as well. Her bill ultimately would be the bill to cross the finish line on October 27, 2014, when then-Governor Tom Corbett signed it into law.  Prior to Gov. Corbett signature, SB 1180 passed the Senate 47-2 and the House  194-2.

SB 1180 established the Achieving Better Care by Monitoring All Prescriptions Program (ABC-MAP) and was scheduled to be in place by  mid-2015.

Since October 2014, other in-state initiatives to address opioid abuse were developed.  Medication drop boxes are available throughout the state. Pennsylvania Physician General Rachel Levine signed a statewide prescription for Naloxone, a life-saving drug that has the power to reverse an  overdose.

But, despite the success of SB 1180 in 2014 and the high awareness level of the state’s opioid abuse crisis, Pennsylvania physicians continue to practice without that extra arrow in their quiver.  To date, Pennsylvania’s prescription drug monitoring tool has yet to go  live.

But progress is being  made.

During a mid-February meeting of the ABC-MAP Board, the Pennsylvania Department of Health introduced the project vendor – Appriss, which manufactures the PMP AWARxE system. Currently 23 states utilize Appriss’ PMP solution. Additionally, Appriss is the company that the National Association of Boards of Pharmacy used to create and manage their PMP InterConnect system, which facilitates interoperability and interstate data sharing between prescription monitoring  programs.

Sources inside the Pennsylvania Medical Society are hopeful for the system to be delivered to the state during the summer months and available for physician use shortly  later.

“When you factor in all that health care professionals and state officials are doing, there likely is no other public health issue inPennsylvania getting as much attention,” says Lawrence John, MD, president of the Allegheny County Medical Society and a family physician in Pittsburgh. “This crisis hit us like a tidal wave. It was the perfect storm of misunderstanding at a time when pain was being undermanaged. Time has shown us more now than we were able to see back then about the potential for misuse and  abuse.”

Pennsylvania Medical Society’s Dr. Shapiro agrees, and adds, “it’s going to take some time to see the benefits of all these initiatives, but we are on the right path and we will see  results.”

In Pennsylvania, locations have been set up throughout the state for residents to dispose of medications they no longer need. A complete list of locations can be found at  https://apps.ddap.pa.gov/GetHelpNow/PillDrop.aspx

The Pennsylvania Medical Society offers the following tips when disposing of unused  medications: