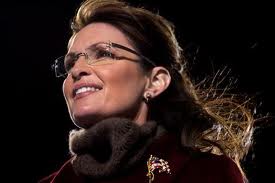 This week saw the announcement of Chris Christie (R-NJ) that this was “not his time” to run for the President of the United States. This ended speculation that rose up in the last few weeks after months of making it clear he had no interest in the job at this time.  Meanwhile former Alaska Governor Sarah Palin had been “dating” the voters of Iowa for months and would not give an answer — yes or no — abut running, until tonight.  These announcements that they are not going to run come as a huge relief to the other GOP candidates who were wondering how their futures would be affected by Palin and Christie.  Fundraising dollars, endorsements, and more have hung in the balance with the decisions of these candidates.

With Christie’s decision, the biggest beneficiaries for his announcement will likely be Gov. Mitt Romney and business executive Herman Cain.  Romney benefits because he is one of the more moderate candidates, like Christie. The real difference between the former governor of Massachusetts and the current governor of New Jersey is the their temperament — not their ideologies.  Meanwhile, Cain has run as an outsider and considers that reality to be one of his biggest selling points.  Considering the short period of time Christie has been governor (beginning his term in 2010), he was going to try to define himself as an outsider as well.

With Palin’s announcement, the biggest winners will likely be Governor Rick Perry of Texas, Rep. Michele Bachmann of Minnesota, and Herman Cain again.  All three of these candidates have positioned themselves as Tea Party favorites and none of them desired to compete with the woman that is, arguably, the godmother of that movement.  Bachmann may be the biggest beneficiary.  For many, Bachmann was the alternative “female candidate,” because Palin was not available to support.

In the end, all of the current GOP candidates enjoy having fewer to compete against.  Many potential donors who said they were waiting to see what Christie or Palin would do, have no more excuses for not supporting someone and I”m sure the remaining candidates will remind them of that.  The fact these candidates finally made a decision can only be beneficial to the GOP as a whole because it gives the voters a clearer picture of the choices of politicians available to face Barack Obama in November in 2012.  This will allow voters to start making decisions.