Notorious crime boss Vincent “The Chin” Gigante was not your “average” mobster; he was, in fact, the Capo di tutti capi — the head of all five New York crime families: the Bonannos, Colombos, Gambinos, Genoveses, and Luccheses. In an effort to protect himself and his family, Gigante created a facade of a mentally unstable person, complete with public theatrics, often wearing his infamous Golden Nugget bathrobe around town.  His story is most intriguing for the level of secretiveness it has maintained. Finally, six years after his death, Vincent’s youngest daughter Rita pens a tell-all of her life growing up with the most powerful mafia leader of that time. 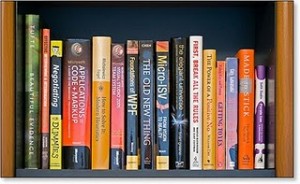 The Godfather’s Daughter: An Unlikely Story of Love, Healing and Redemption, releasing September 18th by Hay House publishing, is a never-before-heard account of what it was like to live a life of deceit, secrecy, oppression, and violence. In this breakthrough true story of the turmoil that permeated within the mafia lifestyle, Rita delves deep into the adversities she had to overcome as a young gay woman in a strict Italian Catholic family. She recounts being misunderstood and bullied by her own family members for resisting the life that was expected of her. Forced to live a lie to protect her family and her father’s ego ultimately created an unstable environment filled with frustration, confusion, and fear. After years of deception Rita finally hit rock bottom and realized she could no longer bear the anguish of her demons; she had to live a life true to herself. Throughout Rita’s personal growth, the bond with her father evolved as well. It was upon her father’s passing that she was finally able to achieve the improbable relationship with him that she had longed for her entire life — a relationship where they could share an uninhibited exchange of love and an understanding for who they really were.

“The inspiration to write the book began about 13 years ago. I started to see the changes in myself as I began to speak up about who I was and began to live my life as authentically as possible. I started to share that with people so that they could also stand in their truth and do the same. I knew I couldn’t write it while my father was alive … and after he passed, I knew I had to give my family time to grieve. The timing is right now,” says Rita Gigante.

The Godfather’s Daughter uncovers the truths a crime boss’s daughter must face to shed family secrets and accept what cannot be changed. Complete with an insider view of the mafia world, Rita’s story tells of the importance of forgiveness in an unforgiving world and shows the eventual transformation from a troubled girl into a more fulfilled woman.