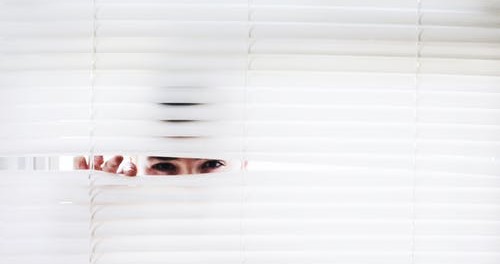 With the current level of technological advancement and communication transparency, it has never been easier for government intelligence agencies to spy on us. Your government might well be snooping on your activities right now if they are a part of the Five Eyes, the intelligence alliance comprising Australia, Canada, New Zealand, the United Kingdom, and the United States.

Other than the government, tech and telecom companies including internet service providers are all analyzing our internet traffic for a tighter grip on customers. We can’t afford to stand by and let it happen.

Government Surveillance in the Age of Technology

How would you even know that you are being spied on? At this level of technological sophistication, most prying attempts can be done without a trace. In 2017, USA Today published WikiLeaks report about CIA’s alleged capacity to break into Samsung TVs. According to WikiLeaks revelations, the intelligence agency can hack into Samsung TVs — even when they are turned off — and secretly record private conversations. That’s just one of the ways through which government agencies have been accused of spying on the citizenry in many parts of the world.

Last year, the Australian parliament passed the Assistance and Access bill amid protests from concerned citizens. The bill allows the Australian federal government to read people’s encrypted communications. According to government officials, criminals and terrorists use encrypted communications and authorities need to be able to read them. In the United Kingdom, Amnesty International (UK) is suing the country’s intelligence services for unlawfully accessing citizens’ private communications.

The UK government is yet to acknowledge the existence of mass spying programs as alleged by several rights organizations. The Government Communications Headquarters (GCHQ) Tempora program is an industrial-scale spying program that intercepts data in most of the fiber optics communication cables within and out of the kingdom. Mass surveillance on such a level is not only unlawful but also sweeps aside the citizens’ free expression and right to privacy – it should never be allowed to happen.

In June 2013, US whistleblower Edward Snowden shed some light on the extent of government surveillance in both countries. In the report, the former contractor of the CIA revealed that intelligence services in the US and the UK routinely collect, process, and store vast quantities of global digital communications. Among these communications were phone calls, internet histories, posts and private messages on social media, as well as emails.

How to Tell If the Government Is Spying on You

If you are on government watchlist for some reason, they can spy on you and you would never even suspect it. A sudden, unexplained increase in your phone’s data usage as well as strange clicks and noises during phone calls could be an indication that your phone line has been tapped. Also, if you the LED light on your computer’s webcam is always on, chances are that it has been hacked. People suspected of being members of extremist groups as well as powerful influential persons with somewhat unorthodox views often find themselves under government scrutiny.

How to Protect Against Spying

The internet is the easiest way for the government, or anyone really, to spy on you. Spies and hackers use unsecured internet connections, malicious software, and third-party tracking cookies to monitor your internet activity, intercept private communications, and steal your private data. You can use tools such as VPN on your PC and mobile to encrypt your traffic and protect against spying when browsing online. A VPN encrypts your internet traffic and can also hide your location. Avoid VPN apps that collect activity logs and connection logs. In other words, don’t use freeware VPN apps. You may check this ExpressVPN review and find out why it’s one of the most trusted VPN services today.”

Fight for Your Right to Remain Private Online

What would you do if someone tried to take away your right to free speech? You’d stand up and fight. Our right to privacy is just as important. Even if you don’t have potentially incriminating information to hide, you probably have sensitive information online that you wouldn’t appreciate the government, or anyone else, meddling with. Take action today to stop authorities and tech giants from treading on our digital privacy, and use privacy and anonymity tools wherever possible.