A strong majority of Arizona residents approve of the state’s recently-expanded education savings accounts program, and an even larger majority agree with the introduction of increased accountability measures for the program, according to the results of a recent survey of likely Arizona voters released this week.

The American Federation for Children—the nation’s voice for school choice—praised the results as a clear indication of the growing support for the Empowerment Scholarship Accounts (ESA) program, the first-of-its-kind school choice model that was enacted by the state legislature last year. 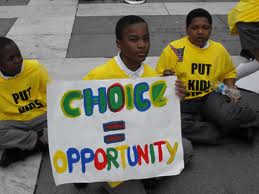 The poll found that 62 percent of respondents support the newly-improved ESA program, while nearly four in five likely voters—77 percent—favor increased accountability measures for the program in the form of required standardized tests to measure student performance.

A broad expansion of the program was signed into law earlier this year. The poll results are the latest indication of the growing, broad, and bipartisan support for school choice among Arizona residents.

“This is a great reminder that Arizonans support expanded, high quality, and accountable educational options for families,” said Betsy DeVos, chairman of the American Federation for Children. “We’re encouraged that such strong majorities support this groundbreaking form of parental choice.”

Nearly 150 special needs students participated in the ESA program—in which parents receive 90 percent of the per-pupil expenditure to use on a variety of educational tools—during the 2011-12 school year. That number is expected to grow next year, thanks to increased program eligibility.

More than 30,000 students participate in all four of Arizona’s private school choice programs.

The poll, conducted by Washington, D.C.-based Wilson Perkins Allen Opinion Research, surveyed 500 likely Arizona voters on a host of political and policy issues. The ESA questions were commissioned by the American Federation for Children, and the survey’s margin of error is +/- 4.4 percent.