A new survey led by Interlex Communications, Inc. (Interlex), in partnership with the Yale Rudd Center for Food Policy & Obesity and the Center for Science in the Public Interest, reveals consumers know ‘sugary drinks’ are not part of a healthy diet – though many are still confused about what constitutes a ‘sugary drink.’

The national effort surveyed 1,894 adults across seven demographic groups and held four focus groups in San Antonio, Texas. The efforts revealed that the majority of respondents (more than 50 percent of each) would like to reduce the amount of sugary drinks consumed; however, respondents who identified as Caucasian and Republican said that they would not like to reduce their intake, 46.5 percent and 48.8 percent respectively. 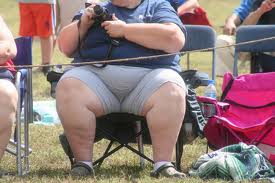 “This report’s findings are critical as they, for the first time, show the consumer’s perspective and attitudes on ‘sugary drink’ marketing and messaging. It is critical for us to understand how these messages impact and resonate with the consumer in our efforts to educate them about healthier options,” said Rudy Ruiz, President and CEO, Interlex Communications, Inc.

In addition to the survey, four focus groups identified critical qualitative data about respondents’ perception of ‘sugary drinks’. The most notable finding includes the positive lens through which ‘sugary drinks’ are perceived, as many participants used the terms energy, relaxed, comfortable and friends to describe them. Additionally, many respondents expressed that drinking ‘sugary drinks’ was all-American culture.

Survey findings will be discussed in more detail at today’s National Soda Summit panel titled: The Impact of Sugary Drinks in Communities of Color in Washington, DC.

To download an electronic copy of the full report, please visit: http://www.interlexusa.com/news.html