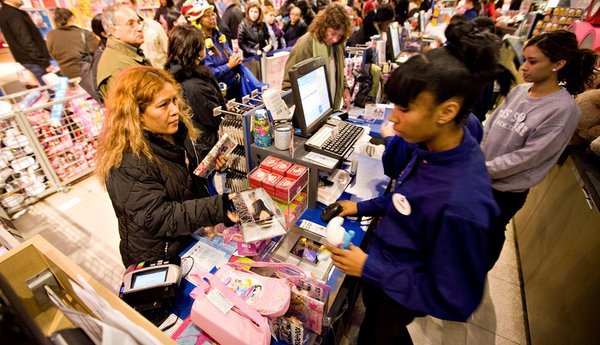 Consumers are more pessimistic about the economy than they have been all year – and gas prices may not be the primary cause.

For the first time this year, consumer pessimism increased over a 30-day period when gas prices fell. More than three in five consumers (61%) say that they are pessimistic, an increase from the 58% who said that they were pessimistic a month earlier, when gas prices were actually higher. The rate of pessimism was statistically consistent through the country by region and gender according to the latest monthly NACS Consumer Fuels Survey.

The national consumer survey commissioned by the National Association of Convenience Stores (NACS) was fielded September 3-4, when national gas prices averaged $3.58 per gallon, 4 cents lower than the month prior, based on reported weekly gas prices from the Oil Price Information Service (OPIS). However, gas prices have actually increased 4.2 cents over the past week, driven by higher wholesale price and concerns over world events and their effect on oil prices.

It’s not that gas prices have stopped weighing on consumers’ minds: nearly 9 in 10 consumers (88%) say that gas prices have an impact on their feelings about the economy, unchanged from last month.  Also, 54% of consumers expect prices to be higher in the next 30 days, a reversal of last month when only 51% felt this way – the lowest percentage of the year.

“It appears that general uncertainty – whether over gas prices or market volatility or the situation in Syria – is putting a significant strain on consumers, and that could negatively affect discretionary spending,” said NACS Vice President of Government Relations John Eichberger.  “Typically, consumers tend to shop more in stores through much of August due to warmer weather, late summer trips and back-to-school needs. Rising consumer pessimism is something that all retailers will be monitoring as we head into the fall.”

Every month, the National Association of Convenience Stores (NACS) conducts a nationwide survey in partnership with Penn, Schoen and Berland Associates LLC to measure consumer perceptions about gas prices and how they relate to broader economic conditions. For the September survey, 802 gas consumers were surveyed from September 3-4, 2013. The margin of error for the entire sample is +/-3.46 at the 95% confidence interval and higher for subgroups. The OPIS weekly national average price for gas was $3.582 on September 2, the week in which the survey was fielded. Summary results from this and previous surveys can be found at www.nacsonline.com/gasprices.

Founded in 1961 as the National Association of Convenience Stores, NACS (nacsonline.com) is the international association for convenience and fuel retailing. The U.S. convenience store industry, with more than 149,000 stores across the country, posted $700 billion in total sales in 2012, of which $501 billion were motor fuels sales. NACS has 2,100 retail and 1,600 supplier member companies, which do business in nearly 50 countries.